Who: Dalia Yussef. Dalia is assistant designer for ‘going out’ dresses for womenswear at online retailer ASOS, she’s recently graduated (BA Fashion and Design) from Manchester University and her family is from Syria, a country she loves and misses. She is mad about perfume.

I always associate first perfume smells with my mum, I used to like to wear her scarves and smell her perfume on them, it was really comforting. She’s always worn Coco by Chanel and seems to smell so differently on every person who wears it.

In Syria, where I’m from, I remember there was a night blossom in the garden which smelled like orange blossom, it had an incredible, beautiful smell which was a really significant fragrance-memory for me, I’ve gone on to love heady floral smells. You get taken back to places when you smell something from your childhood, so any night blossom or orange blossom now reminds me of Syria. Also the smell of aubergine, garlic and roasting pine nuts, olive oil and the salty sea, they all remind me of a place I’ll probably never be able to go back to and if I do, it wont be the same. 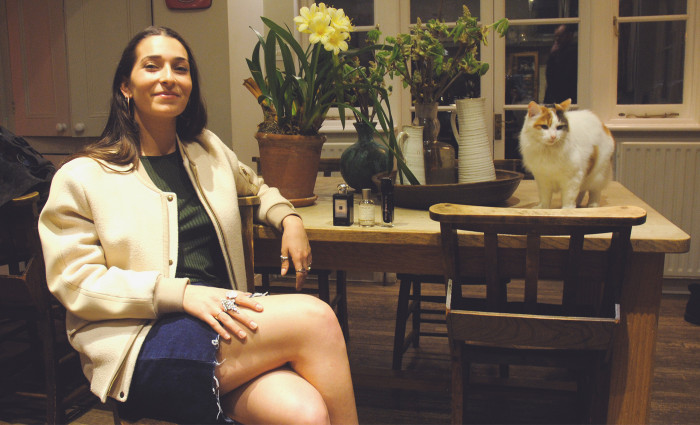 My first fragrance was Narciso Rodriguez For Her, I can’t remember when I came across it, but I’ve been wearing it since I was around 14 or 15 years old. I bought it for myself, I love perfume, If there was anything I really indulge in it’s perfume.  I’ve been wearing it for so long all my friends know it’s me when they smell it. In fact when I went away to university, three of my best friends went out and bought the same smell and they started wearing it! I found out because one of their brother’s, Yusef, used to have a crush on me when we were at school, she used to spray it and say ‘Yusef, look I smell of Dalia! to tease him and he told me. They don’t wear it in front of me, just when I’m away!

But actually, the nice thing about For Her is that on every person it smells different, it really adapts to your chemistry, you hardly recognise it on someone else. 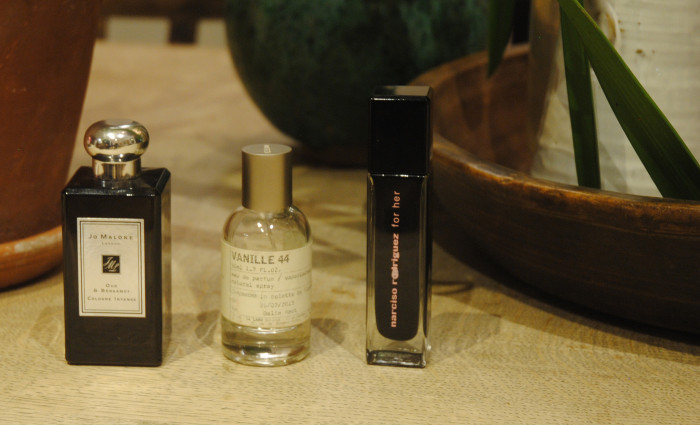 My second fragrance is probably the most expensive thing I’ve ever bought, ever! It’s Le Labo’s Vanille 44 and I got it when I was in Paris, from Colette. When I first went into Colette and smelled it I thought, ‘I need to get that’. So I thought I’d go to all the perfumeries in Paris and something similar that wasn’t as ridiculously expensive. I went around to all the perfume shops, I remember one where the assistant put everything onto little fragrance blotters and wrote what every smell was so I could take them away and smell them later. But I never found anything that smelled like Vanille 44. I couldn’t stop thinking about it and so I eventually went back and bought it. I’ve tried to save it for as long as I could and I’ve nearly finished it. I wear it when went I want to feel different, It smells of floral and of vanilla but also a bit musky, its got something spicy about it, which the rest of my smells don’t have, so maybe that’s why I wear it more when I go out at night.

I’m a little bit obsessed with my final fragrance. When I moved to Manchester for my final year at University, I used to always go into Harvey Nichols, to the Jo Malone counter and spray Oud & Bergamot. it was like ‘I’ve never smelled anything like that before, I love it’. I became really obsessed with it, but I didn’t have that much money. So I went in all the time and sprayed a little on a blotter and then put it in my bag or my jacket pocket so that I had the smell around me. Then after I graduated I was like ‘I deserve this’ and I went out and got it and it made me SO happy! The smell is one of those you can inhale and keep on inhaling because I’m that into it. it’s a dark spice, feels a little Eastern but its also fresh, light, sexy and sensual. I would wear it in the day time -all the time – if I had enough of it!

I mostly wear For Her during the day because it is ‘me’. Its how I smell, but these two are tough competitors for who I am, I might have to make the transition… 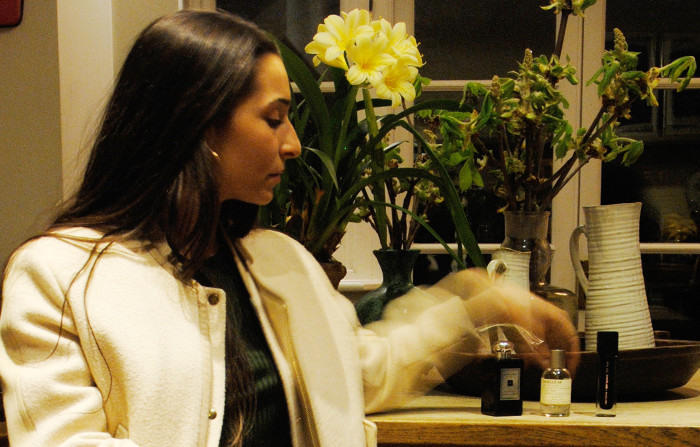