What do artists smell of? With Roger Miles

Who: Roger Miles is an artist who used to be an accountant. He retrained mid life to become a full time creative, making him part of a trend. Or so say London department store Selfridges, which included him as one of its Bright Old Things exhibition in February 2015, giving him an Oxford Street window to design. We caught up with Roger at Gallery Different in London, during his Resonate/Generate show.

I have very little memory of scent being important in my earlier life. I remember Brut because that’s what everyone wore as a teenager and Old Spice because my dad wore it but I don’t remember anything special about the fragrances.

I got excited for the first time about fragrance with Escentric Molecules Escentric 01, which I definitely wore for me and which I found through my mate Mustafa at Nom de Plume. It must have been around fifteen years ago when I was in my forties, so I was a very late developer in fragrance terms.

I love Monsieur Hulot’s Holiday by CB I Hate Perfume, a New York brand, it was one of my Mum’s favourite films and it takes me straight to a memory of watching the matinee performance at the local cinema. I then found the fragrance boutique MiN’s Old School Bench on a visit to New York (the store is on Crosby Street) and it reminds me  of  the good days at school, and involves rum and chocolate aromas. Le Labo’s Poivre 23 is another favourite, I got that as a birthday present and I like the pepper smell and its intensity, Both Old School Bench and Poivre 23 are long lasting smells, they don’t lose their strength throughout the day.

I also like Salina by Laboratorio Olfattivo, I bought that entirely on the look of the bottle, the typewriter font and the website’s write up about it making you feel like you were on a Mediterranean island surrounded by sapphire-blue sea, with smells of lemon peel and pine needles .

My artwork Resonate/Generate is all about the return of the Seventies, so I went to a 70s perfume lecture from Odette Toilette to discover more about the smells of the time. I found Malaise of the 1970s by Etat Libre D’Orange, which really works at creating a distinct ambiance in the installation. Whether it captures the smell of the seventies is debatable, the main smell was that of cigarettes and I remember sitting in the middle of Clapham Common amidst piles of rubbish because of the government services being on strike all the time, the Common was used as a big dump and it smelled pretty rank. 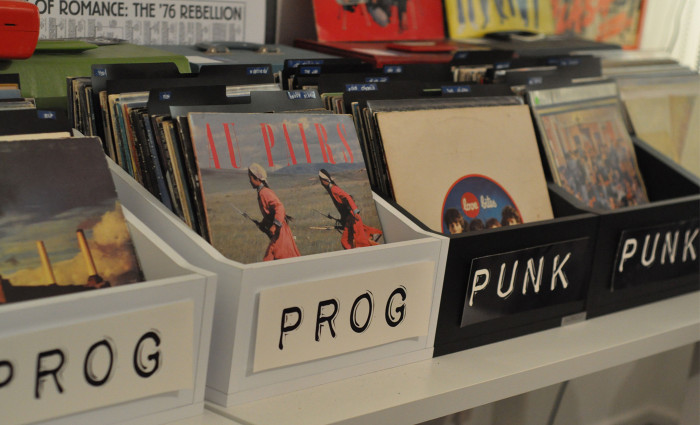 To emphasis the collection of 70s Rock, Prog and Punk records on show, I’ve used the scent Vinyl from Demeter, it’s good but smells a bit ‘new vinyl’, it doesn’t really pick up the reality of the way dusty old albums smell. When you open up a vintage record its quite a powerful aroma but it’s not that pleasant, it mostly smells of mould, sweat and dirty fingers. I’ve been buying records from the 70s for this installation, so I don’t know if different decades’ records smell differently because they used different paper, different quality of Vinyl and so on. It would be interesting to look into that. 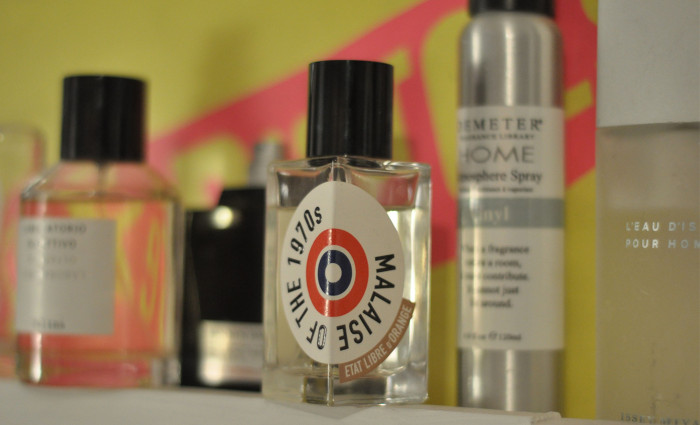 I use the fragrances to create an atmosphere within the artwork and it can work really well. When visitors come into the space it always makes an impact, for example I’ve got Frank Zappa’s head mould sprayed with Malaise of the 1970s and when people pick it up they really notice the way it smells. It helps engagement and helps them connect to the work. 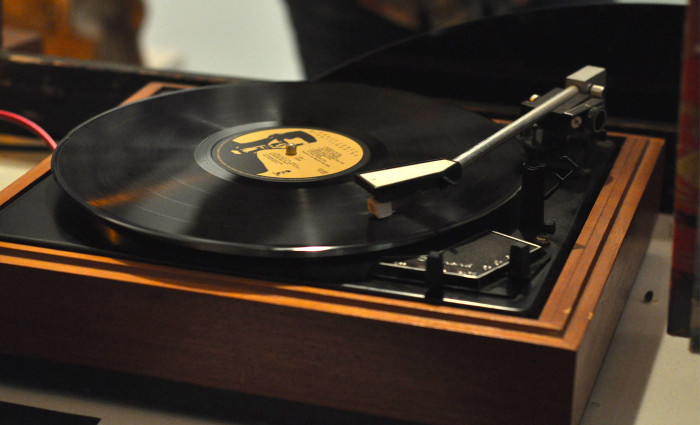