How a feminist smells, with Gwyneth Holland

Who: Gwyneth Holland, freelance trend forecaster. Gwyneth lives and works in Stratford, East London and spends her days deciphering modern consumer behaviour and predicting the future for the fashion, beauty and retail industry. She also sings in the all female Lips Choir.

As a proud feminist I believe that too many things in the world are gendered that don’t need to be and fragrance is one of them. There are some truly great fragrances that are good on either sex, Comme des Garcons does it really beautifully as does Frederic Malle . With my trend forecaster hat on, I’d say the most important perfumers don’t think about gender. They are the ones led by the scent, not the market category and  make more interesting fragrances as a consequence.

I grew up in a house that wasn’t that into perfume, so the first one I knowingly encountered was 4711, the original Eau de Cologne. My mum wore it, she’s not really a beauty girl, but it’s lovely, so definitive and it is the ultimate cologne, which is why I have it now. 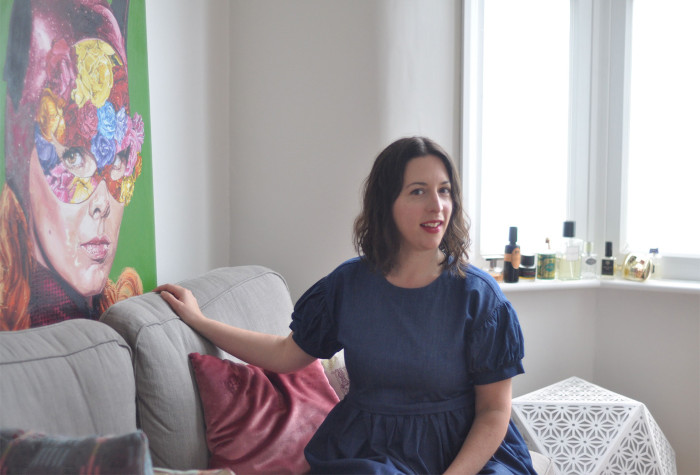 I bought my first perfume when I was a teenager. At the time it was all about Jean Paul Gaultier Classique, partly because of the bottle, and partly because it seemed very, very chic and high fashion. It also played a big part of getting ready to go out, and the ritual of going clubbing. All my girlfriends would wear ‘JPG’ as we called it and put it on when we got ready at each other’s houses, you develop a specific bond with people who understand the power of perfume.

The key moment in becoming a fragrance fan was interviewing a couple of perfumers. The first was Adrian Joffe, the CEO of Comme des Garcons who described 888 at its launch in the most beautiful way, explaining how it’s meant to smell like gold. I still have the bottle as I only use it in deep winter, because it smells like frankincense and myrrh, which connects well with Christmas. It doesn’t seem right for the rest of the year. I always end up wearing it for the Lips Choir Christmas concert. 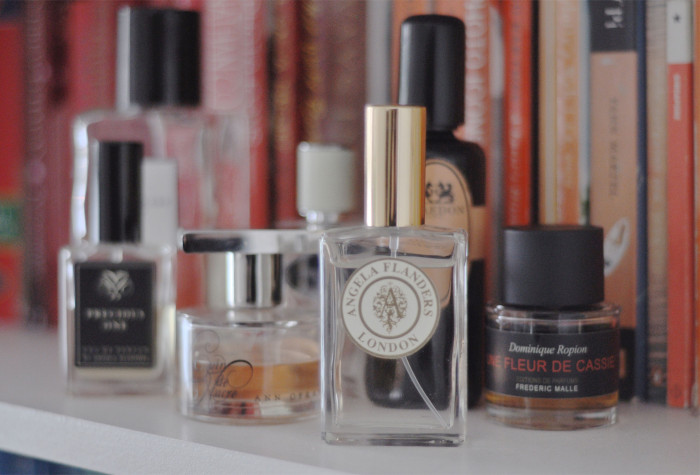 Then I got sent to Paris to meet Frederic Malle, who’s so dashing and clever and encourages perfumers to make great things rather than churning out ‘whatever’ smells. He’s also saved me from a dreadful thing, which happened when we went for dinner at a very expensive restaurant. As we were leaving I picked up my bag and I felt it hit something, I’d knocked over a bottle of Napoleon brandy from 100 years ago. I was like ‘oh shit’ and the restaurant wouldn’t give me my coat until I paid for the bottle, which was around 3000 euros. I was held hostage. Mr Malle came along to find out what was going on and said ‘Give her coat back. We’re leaving and never returning!” He was such a hero.

I interviewed him the following day, in his beautiful store in Paris, and asked him what he thought I should wear. He had it pretty down, suggesting a balance between something zingy and diva-ish and something a bit quieter. He picked L’Eau D’Hiver, which is a warm cologne. He also suggested Dans Tes Bras which is meant to smell like your lovers skin ‘afterwards’, so I wear it on dates. Une Fleur de Cassie is my armour perfume, which I put on if I have a difficult day or a presentation to do for clients, it gees me up for the day. 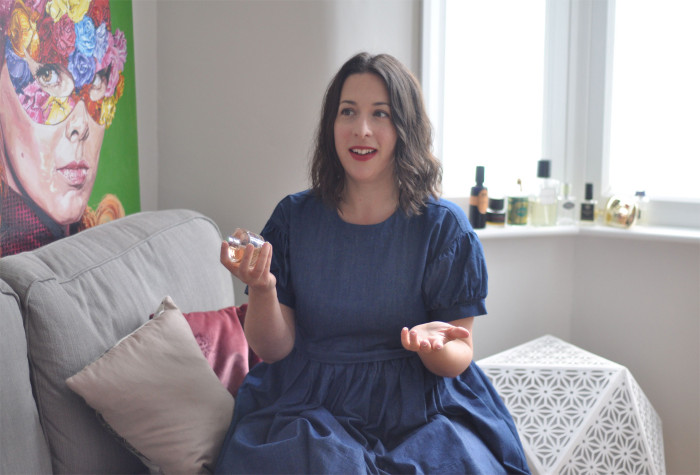 I’m very seasonal about fragrance, in the autumn I wear Angela Flanders Precious One a lot. In the summer I wear Marc Jacobs Ginger Splash, when I want to feel fresher. When I lived in Spitalfields, I was one street away from the independent fragrance store Bloom, which was dangerous. The Phaedon Egyptian Cotton perfume is from there and is the greatest summer perfume, but they don’t make it any more so it’s used very sparingly. 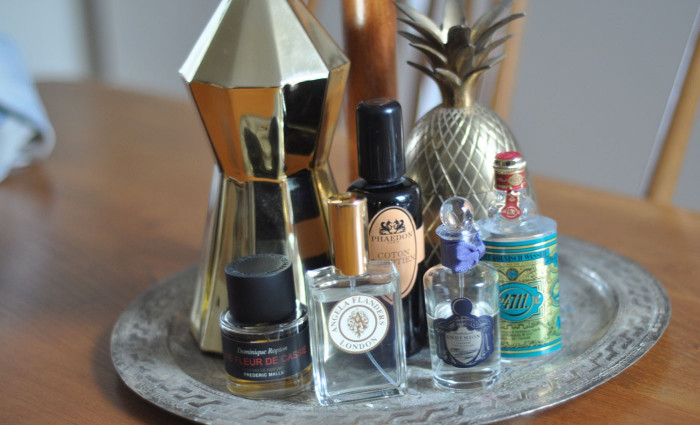