London based perfume house 4160 Tuesdays was founded, almost accidentally, by Sarah McCartney. While taking time off from her job in beauty marketing (at Lush Cosmetics) to write a book on perfume, she found she rather liked making her own. Now a rising micro-perfumery star, she makes fragrances full of character, with names to match. At the recent Wilderness Festival, Sarah’s perfume making workshop was picked by Vogue as one of its ‘Must Do’ events.

WWP caught up with her at her Acton studio to ask about finding The One.

I think fashion is like a friend, but perfume is more like a lover…. There are many, many perfumes around that are trying to be your friend, but you need to find one you love. The One, if you like. When you are looking to buy The One, do take your time and don’t just go for something where you feel ‘oh, that’s quite nice’, the reaction must be stronger. 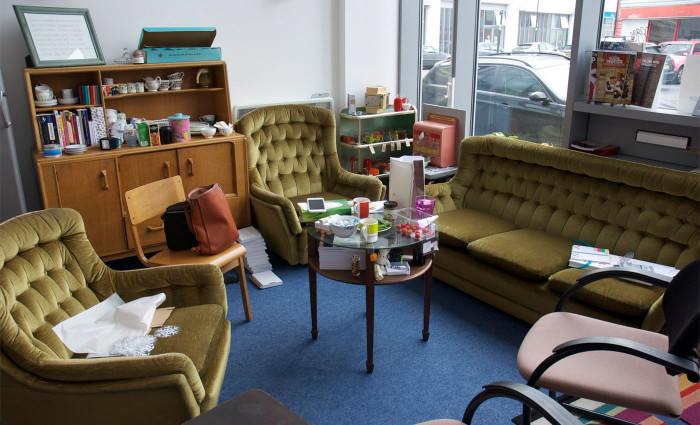 Perfume as a business is risk averse, the set up charges and development are so expensive to get a perfume to market these days, perfume houses almost can’t take the risk of making anything that is offensive to anybody, so you get a lot of perfumes launched that smell a lot like each other. They are all really very nice, but there are very few out there that make you go ‘Oh my god, I have to have this”.

We are trying to make perfumes we love at 4160 Tuesdays, we don’t need everyone to like them and absolutely expect some people to hate them. If you want someone to really love it you’ve got to come off the standard distribution curve and aim for one end of it, which means some lovers finding The One, some haters but a lot less of that ‘oh that’s quite nice’. 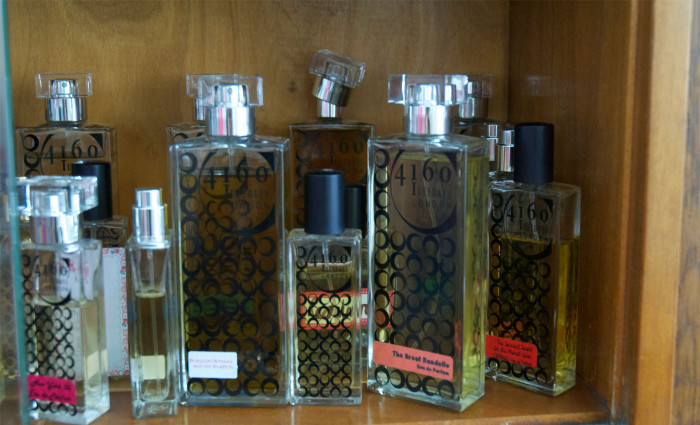 I am trying to bottle ‘happy’. I want to make perfume that smells unlike other brands so you’re very unlikely to bump into someone who smells like one of mine. You can get very fond of mine too, they are smells with soul. So, something like What I Did On My Holidays is quite clearly a day at the beach, starting off in the rock pools, moving past the mint rock shop and heading for a sunny spot under an umbrella…

What you smell growing up will influence what you chose, but you can’t say which way it’ll go. We have regular workshops here and my observation is that people pick out of a perfume, notes they really like or really dislike first. So, if there’s a tiny bit of blackcurrant in any perfume I’ll get it, because I was brought up on Ribena, it’s my love. So Christian Dior’s Poison smells of blackcurrant to me and that’s why I love it. But you can also get a stress headache from smelling something, anything, that reminds you of something horrible that happened to you, it’s not the perfume, it’s the brain remembering. 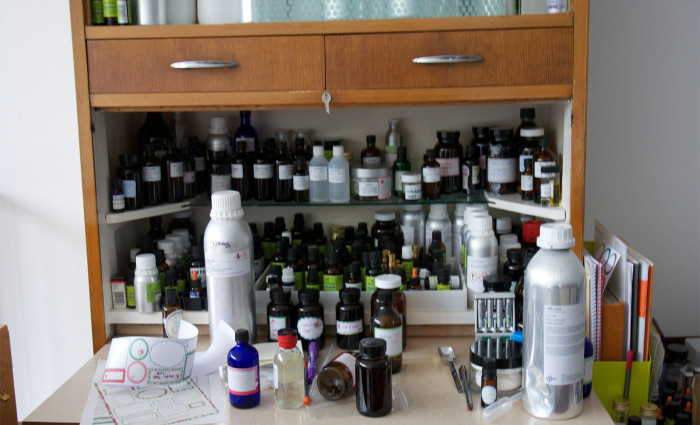 There used to be fewer perfumes to chose from and they used to have more character. We’re on a quest to catch up with people who would like something a little more adventurous. Mates of mine often emerge other end of having kids and think ‘I could do with a new bottle of perfume ‘ but where they used to have ten to choose from now there’s 2400 and they wonder what’s happened! So we’re keen on saying well if you like that one from back then, you might like our Centrepiece or The Sexiest Scent On The Planet. IMHO. 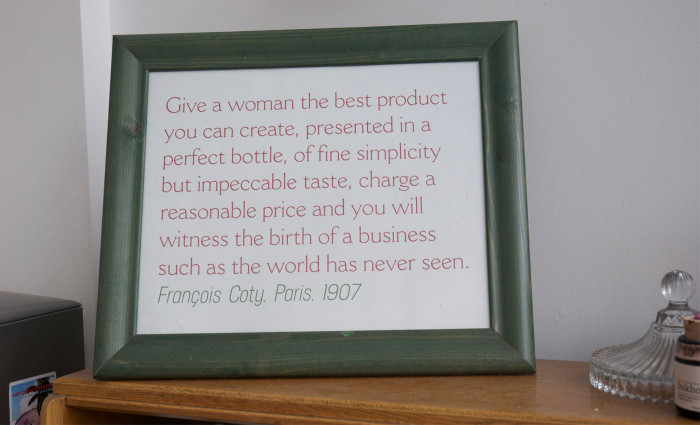 We have a very clear tone of voice when writing about our perfumes, it’s the way I am so I don’t think I could do it any differently. I get cross about other perfumers describing what is absolutely not true….I can say something smells like freshly cut leaves, because it does, what I don’t want to say is it’s MADE from freshly cut leaves, because it’s not. So saying we’ve got the most expensive rose in the world hand picked by fairies riding unicorns in the twilight hours (rolls her eyes…) You can just tell when someone goes off on one like that.

It’s partly the fault of the industry who are a bit afraid that people will say ‘I don’t want chemicals’. I tend to start by saying every breath we take is a chemical reaction, so let’s do a bit of science. But many people haven’t a clue what’s in perfume, they know how their perfume smells and assume that’s what s in it, when it’s often a long way from the truth.