‘Can I have that when you’re dead, Mummy?’ Inherited perfumes with Julia Llewellyn Smith

Who: Julia Llewellyn Smith. Julia is a feature writer for national newspapers, including the Telegraph and The Sunday Times, interviewing the great and the good and is also an author of seven books. She is married with two daughters and lives in West London.

The first perfume I remember smelling is my mother’s Vent Vert, by Pierre Balmain. I have that classic memory of my mother going out in the evening, smelling amazing, looking lovely and kissing me goodbye and me thinking ‘this is nice, I want to be like that when I grow up”. My granny always wore Joy by Jean Patou, because her name was Joyce and her second husband -who was besotted with her- used to buy it for her. It was marketed as the most expensive perfume in the world and we thought it was amazing that granny was wearing it. 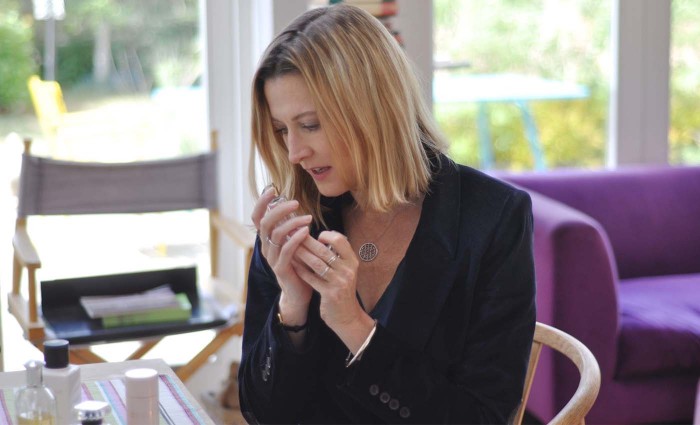 My first perfume was influenced by a French exchange student when I was 16, who was glamorous in the way French girls are and wore KL by Karl Lagerfeld. I immediately wanted a bottle and I do everything I could to be like her.

At the moment I have Lily by Crabtree & Evelyn for the day. The author Jilly Cooper gave it to me because I wrote an article about her last book. She’s the most polite person on the planet and sent me a gift – it’s not just me, she does it to everybody – as a thank you which makes everyone like her even more. It turned out to be lovely and reminds me of Chanel’s Diorissimo. 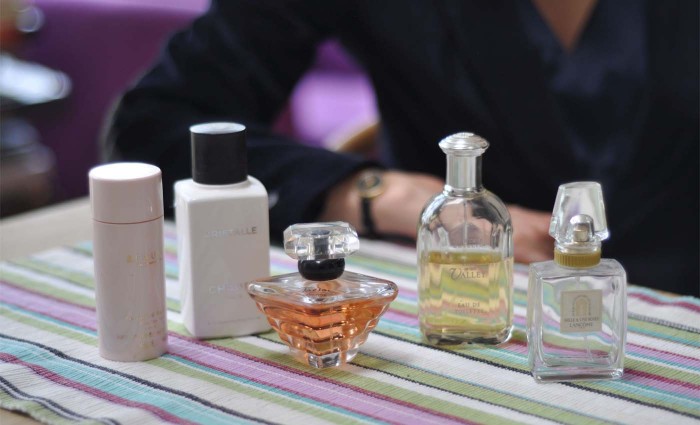 I had good grounding in ‘the classics’, the hip new perfume wave has pretty much passed me by. At some point in my teens I got into Chanel’s Cristalle body lotion, and it’s been my absolute favourite ever since, it’s very fresh, green and light. I read the other day that it was Mr Big in Sex and the City’s favourite perfume on a woman. Maybe if I bump into him in the street and I’m wearing it…

I’m a bit embarrassed to admit I’ve got Beautiful by Estee Lauder, it’s such a naff name but it is the perfume that most often in my life people have said ‘what are you wearing?’ Especially men. It’s just lovely. 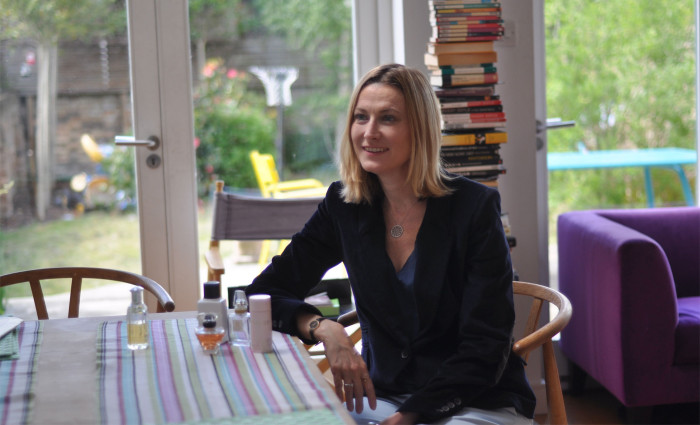 In the 90s I had a friend who worked for Lancome, so I used to get the occasional bottle of scent come my way and now I’m quite brand loyal to it. Tresor is one of my favourites, it’s a lovely bottle and I wear at night because it’s rich and sophisticated, but not too heavy. Miile et Une Rose is another Lancome, given to me to me when I went to Paris, to interview the model Daria Werbowy, who was one of the faces of Lancome. It was created as a limited edition for the Millenium and I love the rosy smell and the bottle. 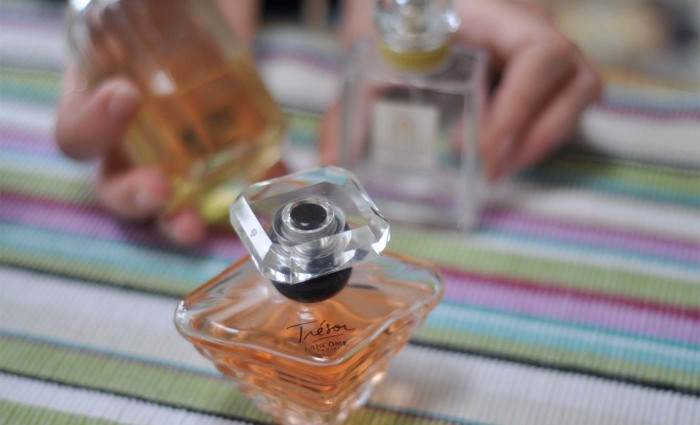 My girls (Clemmie is eight and Sasha is ten) wear my fragrance when my back is turned… they dose themselves in it. They’re are definitely at the age when they are interested in perfume and always say to me ‘You smell lovely mummy, can I have that perfume when you’re dead?’ 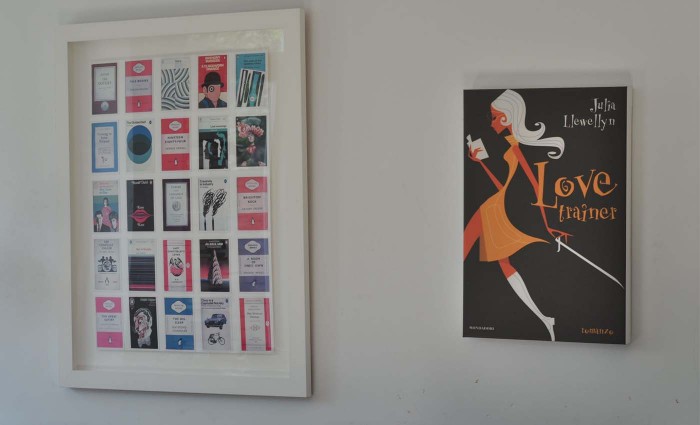 You can read more of Julia’s writing here and she is very amusing on Twitter.