Today I’m Wearing: Past Presence from the Africa Collection by Roads 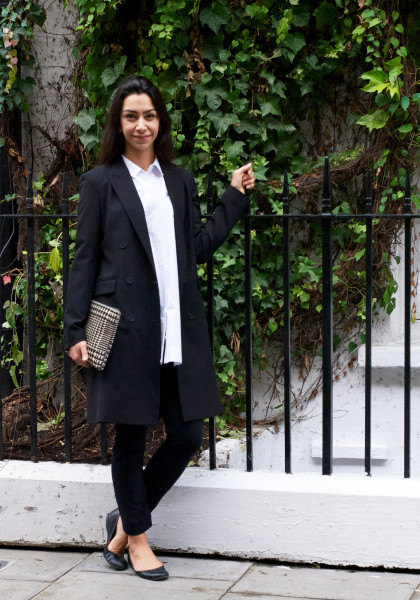 Who: Danielle Ryan, founder and CEO of Roads Group, which includes film production, book publishing and luxury fragrance. Why launch one company when you love three areas of creativity? Danielle is based in Ireland, but travels constantly overseeing the creative hubs that makes up the Roads Group. Launched in 2013, Roads first collection of ten fragrances has just been joined by the Africa Collection.

Today I’m Wearing one of our new Africa fragrances, Past Presence, based on Nigerian writers, specifically Wole Soyinka, who was awarded the Nobel Laureate for Literature in 1986. In his Laureate acceptance speech he talked about the past and the presence for Africa, with the ‘presence’ being being about the here and now.

It’s a very sophisticated scent and it’s earnestly elegant. It uses African black tea, which is very heavy and adds a sense of weight, but then we’ve used different floral elements as well, to bring in the softness. It’s not like anything you’ll have smelt before.

When I wear fragrance, I put a lot on! I usually put it on after the shower, then put it on my hair once my hair’s dried and also put it on my clothes, my coat…I think it’s interesting to spray it in places where you move, too, where the heat of the body can emphasis it. And I like to top up through out the day, if I’ve started off with a fresh scent but I’m going into an afternoon where the atmosphere needs something different, I’ll bring one with me knowing that I’ll change,

I layer anything with everything from Roads, because they all work very well, you just need to confidence to know there aren’t any rules.