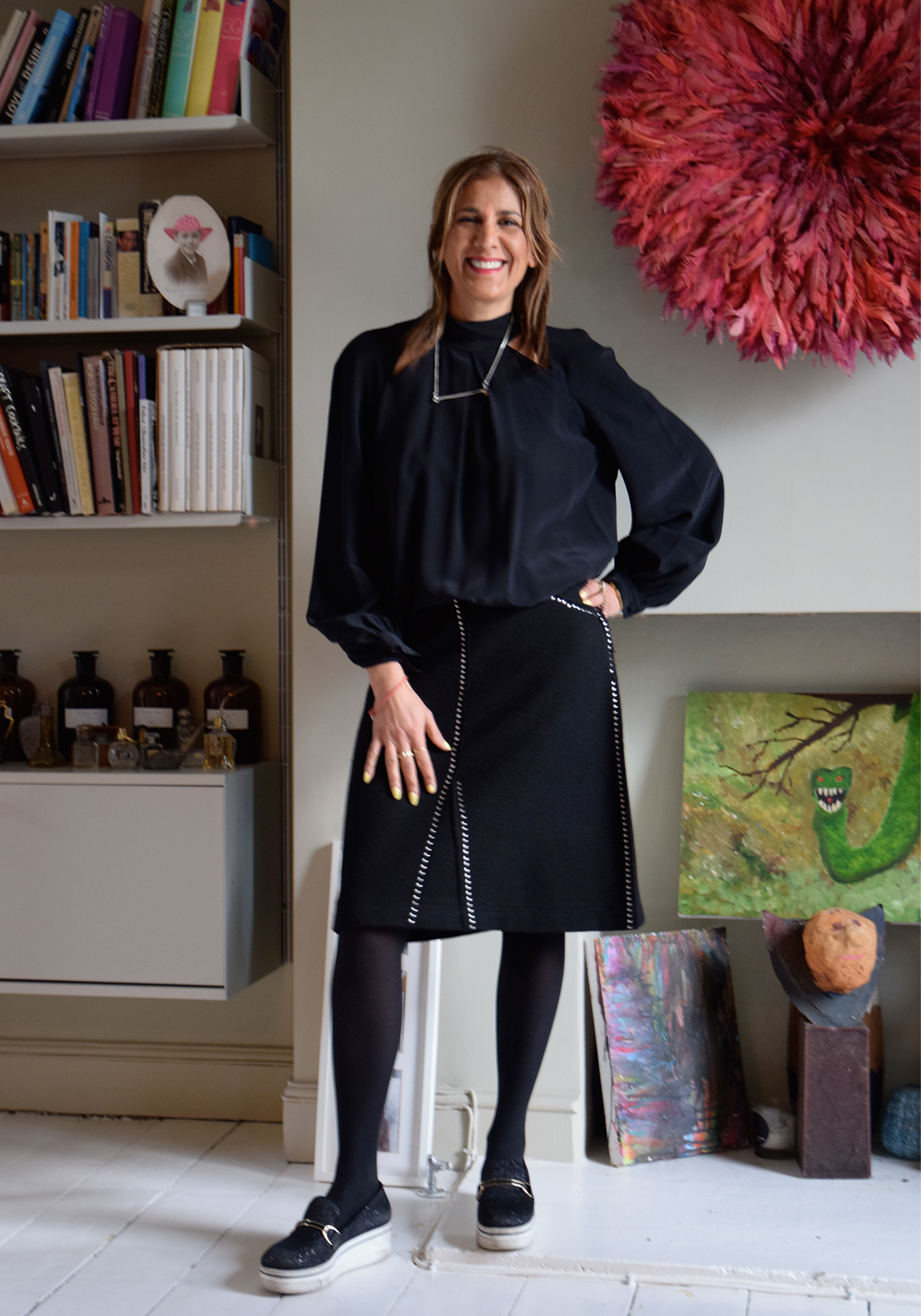 Who: Azzi Glasser, perfume designer. Award winning Azzi stayed behind the (perfumed) scene for around 25 years, creating in-house scents for designers such as Agent Provocateur, Nicole Farhi, Jack Wills and Bella Freud, as well as creating bespoke scents for actors and musicians wanting an original smell of their own. Jude Law, Benedict Cumberbatch, Stephen Fry and Helena Bonham Carter are just a few of the starry crew who wear her fragrances. In 2015, she launched her own range, The Perfumer’s Story by Azzi, a small collection of edgy, intriguing and creative fragrances that are character-based.

Today I’m wearing Sequoia Wood, which I made ages ago, but loved it so much I thought I’d keep it for myself. Everyone’s always said to me, this is an amazing smell, when are you going to bring it out so we can all buy it? So I knew it had to be in the collection. As it turns out, it’s been one of the best sellers, It’s sexy without being too ‘pretty-pretty’.  I feel complete with it. If I forget to put it on, I’d rather be late and come back and get it than go without it. I feel a little bit lost if I’m not wearing it.

I think all perfumes should represent sex and sexiness, because it’s such a powerful tool. But at the same time, people have very different personalities, which is why I’ve come up with eleven different character fragrances. It’s hard to understand the traditional fragrance families, you’re told a fragrance is an oriental chypre, but what does that mean? Even if you get a whole lesson on perfume you can still come out not really knowing.

I also didn’t want to do anything ‘on trend’, I can’t stand that, for me it’s always about a really good story. I’m always interested in people and their stories. It’s also easier to choose a fragrance for a friend this way, you can find a character that matches up.

Although I love Sequoia Wood, I actually might be changing from my signature, I was wearing C last night and I got some lovely comments on it. There’s often so much more emotion expressed in how you smell than if someone comments on what clothes you are wearing. It makes me very happy to hear people say that they really love how I smell.