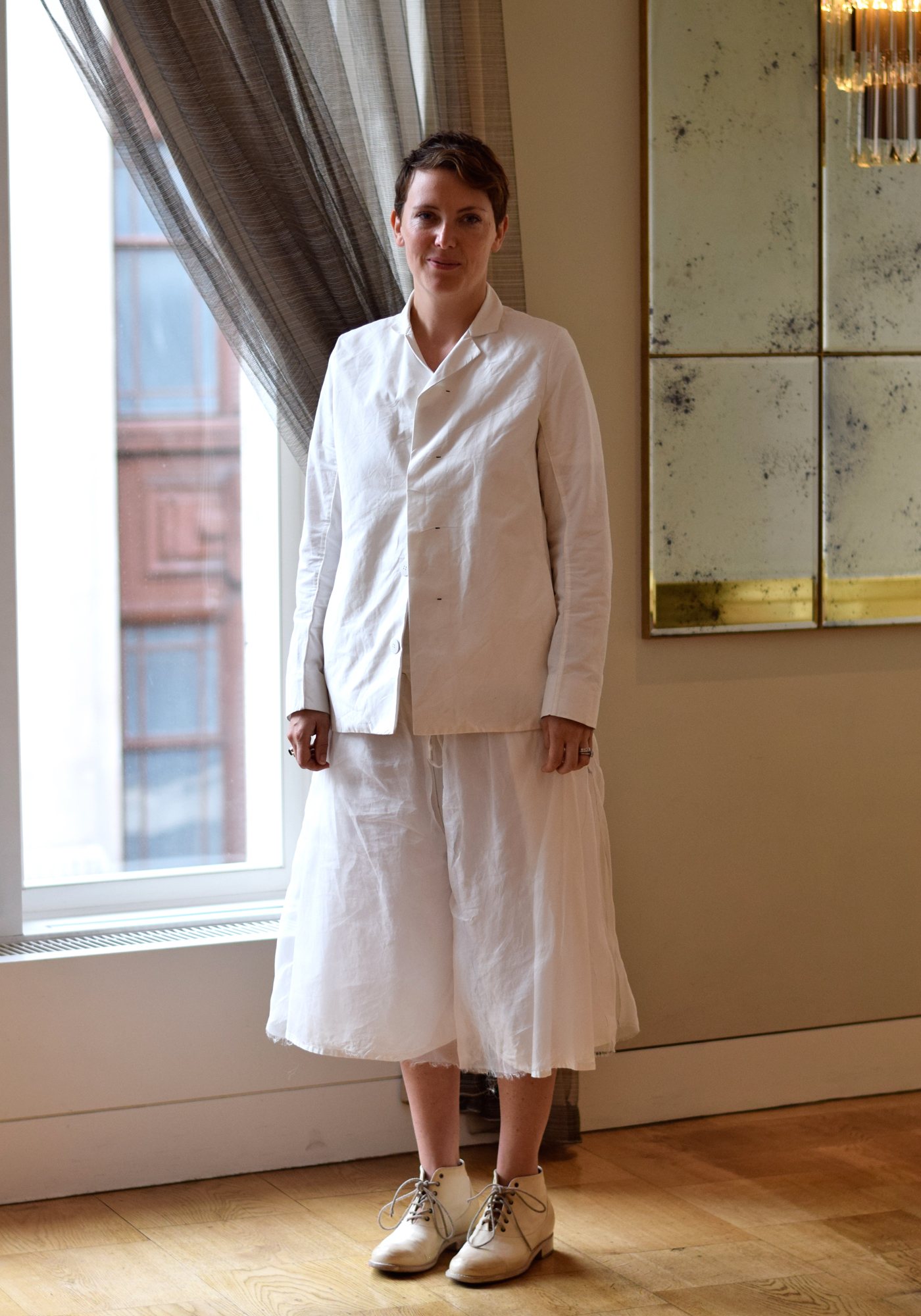 Who: Faye Toogood, designer. Faye is founder of the Faye Toogood studio, which designs furniture, interiors and clothes. For the launch of Comme des Garçons new Blackpepper, she was asked to create a launch installation at Selfridges to support the fragrance. We caught up with her at the launch and asked how she uses fragrance in her creative world.

Today I’m wearing Comme des Garçons Blackpepper. When I was first presented with this fragrance, the Comme des Garçons team came to my studio and said ‘we’d like you to do whatever you like’, placed the bottle on the table and said nothing more.

I don’t see fragrance in terms of words or the ingredients, I see it in form and colour, because that’s the way my brain works, I close my eyes and I see shapes. So the shapes that came to me for Blackpepper, I immediately translated into clay. I guess like a writer, I had to get it down and commit myself to that landscape.

There wasn’t a direct translation in terms of ingredient notes, but there’s a fullness and plumpness. Also, when you taste pepper, your palate does somersaults, that happened when I sniffed Blackpepper, there were these playful somersaults going on that I knew I had to translate, because that’s very Comme.

Fragrance does play a role in my life. I very clearly remember my mother’s Poison and grandmother’s Opium fragrances, they were such heady, strong smells. Now I have a child, I am aware of how smell affects her because she’s very aware if I wear a different face cream or a different body lotion, she smells it instantly.

I play with different fragrance at different times of my life, as much as I change my language in terms of clothes. Fragrance is another tool in my translation that I like to use. it’s an important accessory. There’s a feeling that you need to be committed to a fragrance because it is consistent with your identity. But I’m very into identity and it is a fluid and transient thing. We’re all moving and in two years time you are going to be different from who you are now. It would be very beautiful to build a fragrance bibliography for an individual, it would make such an interesting exhibition…

I have recently bought a fragrance from Perfumer H that involves a glass stopper, where you have the tools to decant for yourself, so I now can travel with the little travel bottle. I quite enjoy that analogue glass stopper, I feel like my grandmother.

In terms of my work I’ve used fragrance a lot. I did some temporary installations which involved scent and once I found a fragrance to work with, I couldn’t believe the power of what it could do. The first time I used it was for Super Natural, for  the 2010 London Design Festival, I had a mushroom installation and worked with someone to create a woodland fragrance, it was so powerfully mushroomy that some people walked out, it was so earthy and deep, people couldn’t handle it. I also created a fragrance for Natura Morta, which roughly translates as afraid of the dark, exploring the dark side of the natural world. When you walked in, you smelled Afraid Of The Dark, I wanted to capture the dark in the fragrance.