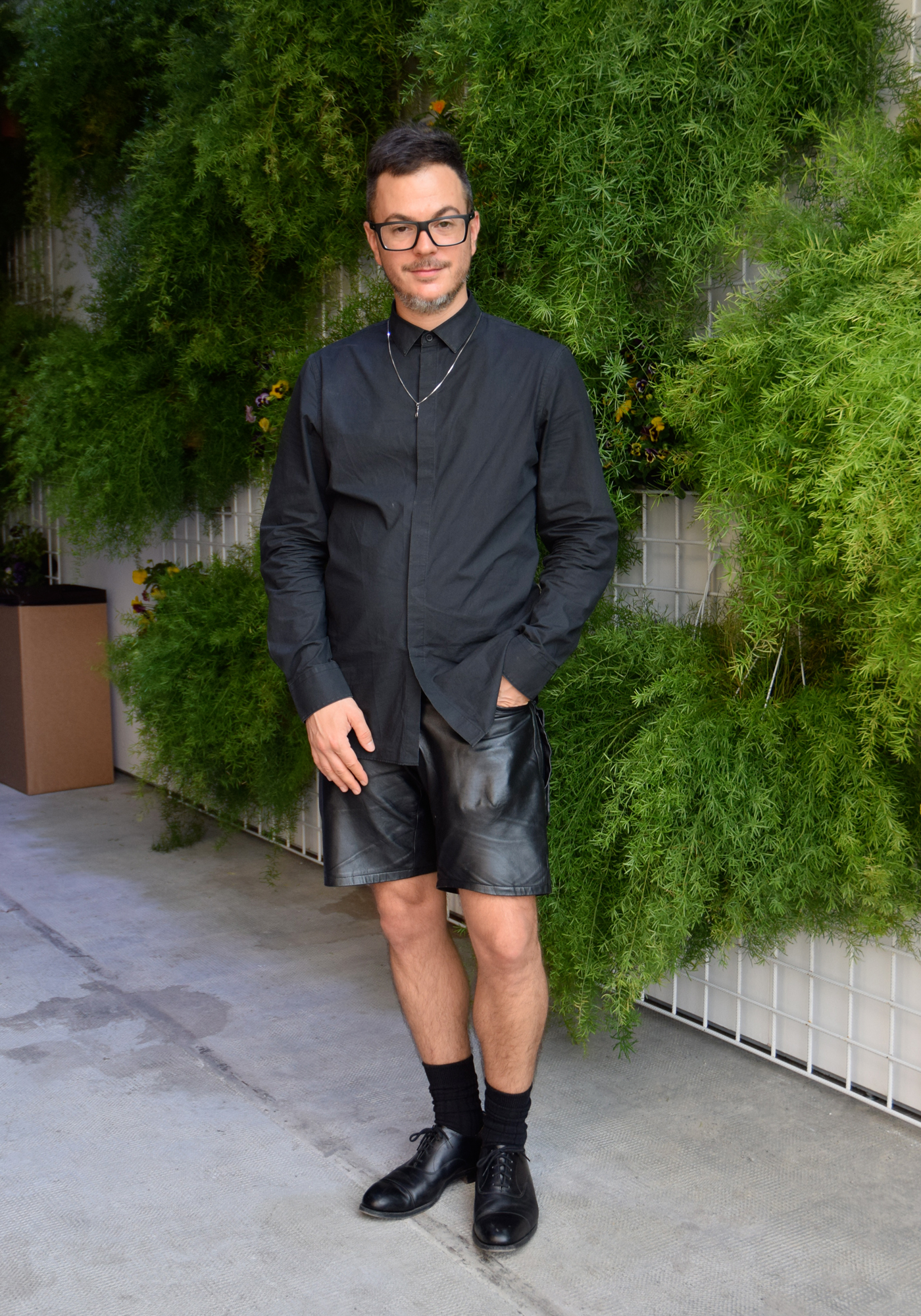 Who: Joseph Quartana, perfume developer and founder, Six Scents Parfums. We met Joseph at Pitti Fragranze, where we fell in love with his newly launched, poison-flower inspired Les Potions Fatales range. The intriguing fragrances are all named after toxic flowers and the trippy, swirly patterns on the boxes are gorgeously eye-catching. Joseph believes perfume packaging has the same power to inspire as vinyl record sleeve-art, (Depeche Mode was a big influence). Having nearly died from being poisoned when he was a child, Joseph gives a percentage of the sales of Les Potions Fatales range to the American Association of Poison Control Centers.

Today I’m Wearing one of my new Les Potions Fatales perfumes, called Wolfsbane. It smells very animalic and dirty and it’s all about the virility and ferocity of a hunter. We’re trying to channel that animalistic, intense rage of a virile hunter, to the point where it’s almost psychedelic. We reinforced this by putting absinthe in the heart note, but there’s also a lot of opulent smells, you have tobacco leaf and black truffle.

Fragrance is an extension of me, it’s the cherry on the ice cream, essentially. If I don’t wear fragrance I don’t feel like I’m completely dressed. You have to take as much consideration over your choice of fragrance as you do of your underwear, your shoes and everything else, otherwise you’re not fully put together. It completes my mood, put it that way.

Here at the fair I continually apply fragrance because it’s good advertising! But ordinarily I’ll put it on in the morning and then before I go out in the evening. My fragrances last about eight hours so I can get through the day with just one application.

In the daytime I spray each side on my neck, then in the evening I do wrists as well. In the daytime I think it’s inappropriate to be reeking but at night you can be a little more intense.