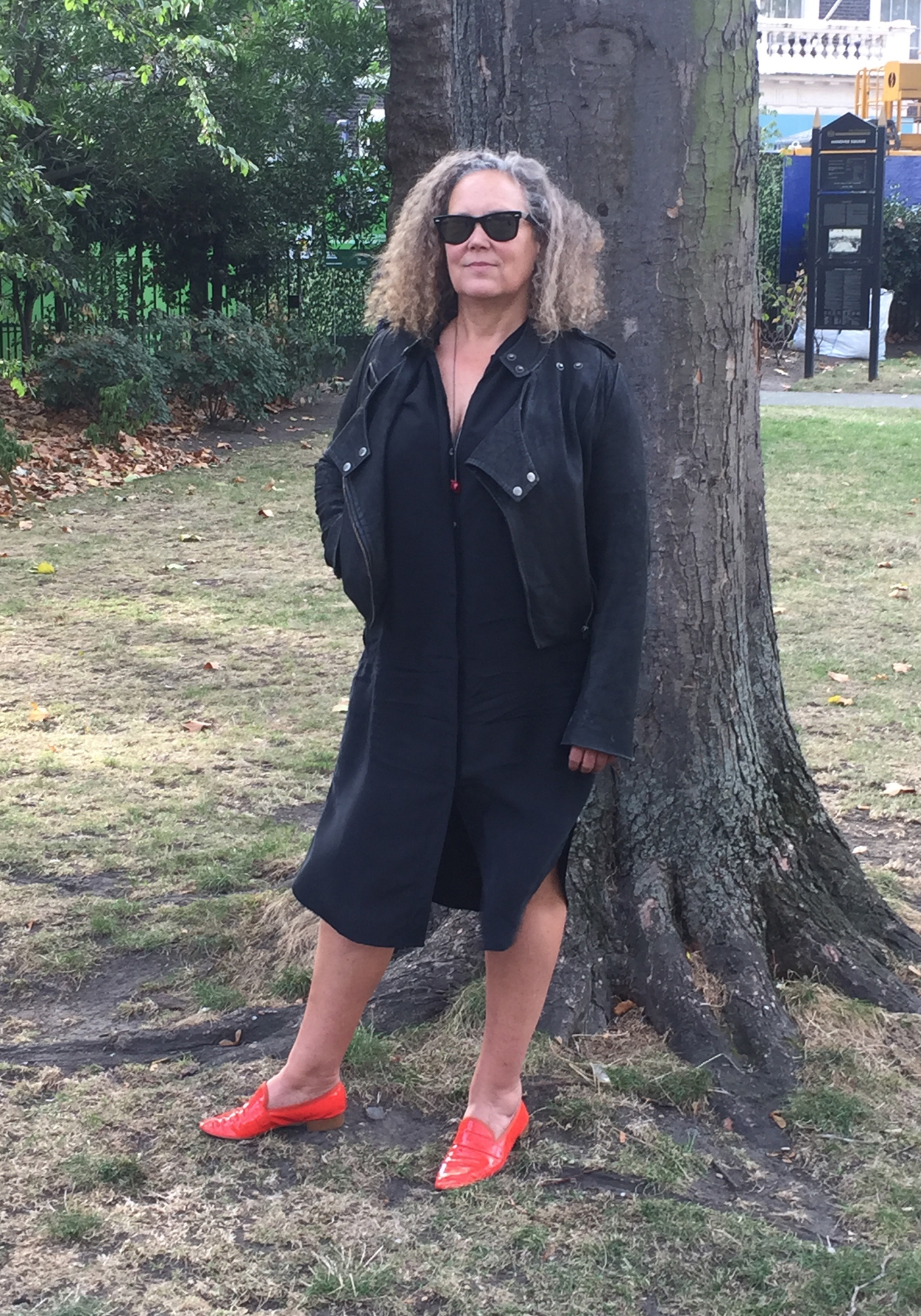 Sarah Blair, co-founder, Map Of The Heart. Sarah came to perfume after many successful years spent creating films for the advertising industry. She thinks that fragrance is the ultimate product for film makers to become involved in, because of the the need for a well told story in both disciplines. After years of writing briefs and directing, she is also well trained for working with perfumers to get exactly what she wants. She and her husband Jeffrey Darling launched the small but beautifully formed five-fragrance range, with its colour-coded, anatomical heart shaped bottle, in 2014, to considerable acclaim.

“Today I’m wearing Map Of The Heart Black Heart v.2, because I have a dark heart! I’ve worn other fragrances over the years, but I’ve never really found my fragrance. For years I wore Issey Miyake L’Eau D’Issey because it was so light and fresh, but then I moved on from that and never found anything that really spoke to me, until Black Heart v.2, which really did.

Black Heart v.2 was a very interesting one to construct. It was originally a much softer fragrance but it did not fulfil the promise of the bottle. When Jacques Huclier (the nose) for the fragrance, presented the new one I said, ‘I want to fall into it’. Maybe falling isn’t everybody’s idea of a positive thing! But that idea of surrendering and falling into something, where you can give yourself over to it is my idea of a huge compliment

The fragrance opens with a smokiness that’s cut through by the citrus and eucalyptus elements, then the sandalwood grounds it. It has a chiaroscuro affect. We call it an impolite mix of opposites.

I think that fragrance really speaks to your mood. I find I wear all of our fragrances in different ways, Black Heart v.2 I’d wear a lot at night, because it’s a very deep and dark fragrance that really settles well on skin. Clear Heart v.1 is the sort of fragrance you put on without really thinking about it, it’s very fresh and uncomplicated without being simplistic, also it’s very long lasting. In Australia it’s a no-brainer fragrance for that kind of climate. Red Heart v.3 I wear if I’ve got a meeting, I find it’s a confidence-building scent and I love how it unfolds on skin to be finally like red velvet. Gold Heart v.4 is the one I wear the least because Jeff wears it but I love its warm spiciness. Purple Heart v.5 has a similar depth to Black Heart v.2 but it’s not as heavy, so I often wear it during the day. I find it very intriguing.

My ritual is I always apply it to my wrists in the morning, then I do this weird thing wear I spray it behind my hair, so it’s on me but not ….

When we think of the next fragrance we’re creating, it’s usually me coming up with the idea, although Purple Heart v.5, our heart of valour, was something Jeff was really passionate about. It’s usually very much my words that we start with and from this we add images to create the brief that will go to the perfumer.

Very rarely do we brief via ingredients, because I think that’s insulting to the perfumer, they have this enormous vocabulary and me saying ‘oh I really like jasmine’, you’re only going to restrict them. I want Jacques to respond to the brief and translate that. We’re a very small team. We use the same model that we use in film which is to assemble the best team and  bring out the best in everyone we’re working with.

We are currently building the website into a hub for content on the Map of the Heart universe. We will have films, articles, images from other contributors that will engage our audience on what it is to live.