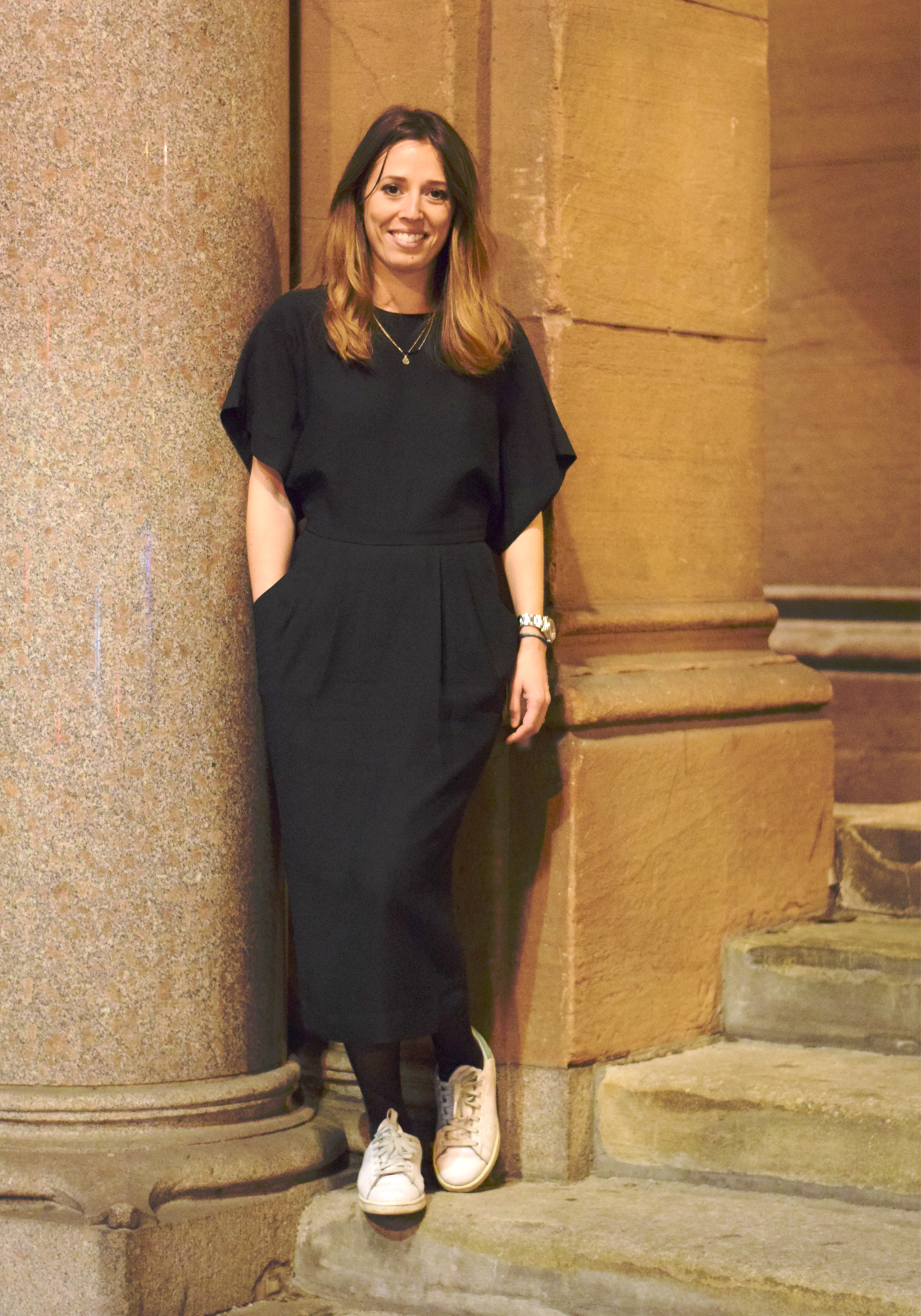 Who: Cérine Vasseur, co creator of the fragrance brand Evody Parfums. Cerine created the Evody brand with her mother. The two of them opened a niche perfume store in Paris in 2006, and launched their first fragrance range together in 2008, which Cerine describes as ‘very autobiographical’. The newest fragrance, Onde 7, is inspired by ancient Egyptians and their use of kyphi, a mix of cinnamon, honey and sandalwood; this very modern version updates the concept with gentle narcissi and sparky ginger enlivening the top notes.

Today I am wearing Onde 7, meaning seventh wave, from the Collection D’Ailleurs, because it’s the new fragrance we have worked on, and really, I’m in love with it! I feel like it’s kind of perfect for when we get this cold weather, you want to put it on like you would wear warm clothes.

The fragrance is all about positivity, we wanted to create something which communicated a positive message. In the top notes there’s a very bright and shiny start, then we wanted the evolution to be warmer and there’s something sensual and addictive about it too. But most of all the idea behind it is that you feel comfort and security with the fragrance.

I am a lucky girl to be able to do a job that I love, fragrance has always been in my life and it’s always played an important role. Now it’s something I do as a job, as well as for pleasure. I constantly hope that my family doesn’t get too bored with my enthusiasm, but it’s something I share with my mother and now we work together.

The funny thing is, the more I work developing new scents, the less I wear fragrance. I used to wear it every day and now I’ve totally changed. When we work on a fragrance i won’t wear anything at all, to be objective and have a clear nose, and then during the weekends and during time off, I’ll vary what I wear depending on my mood and whatever I’m into at that moment.

I don’t always wear my brand, but I always wear eau de parfum (edp -the slightly stronger concentration of fragrance) so I never wear a ‘big spray’ all over my clothes, It’s always more intimate. So, behind my ears, décolletage and also behind my neck so when I move, I have the fragrance coming back, something I really like…

I fragranced my babies as soon as they come to life! In France we put fragrances on infants, not the heavy fragrances of course, but I love Eau Bonpoint and I put that on both my son and daughter… it’s an alcohol free spray. Not everyone in France sprays their babies, but for me its natural. It’s so much a part of my life, even when I was a child I know my mother always put fragrance on me. When I was ten years old I wore Classique by Jean Paul Gaultier, so that was obviously quite unusual, compared to my friends, but now they are really interested in what I do.