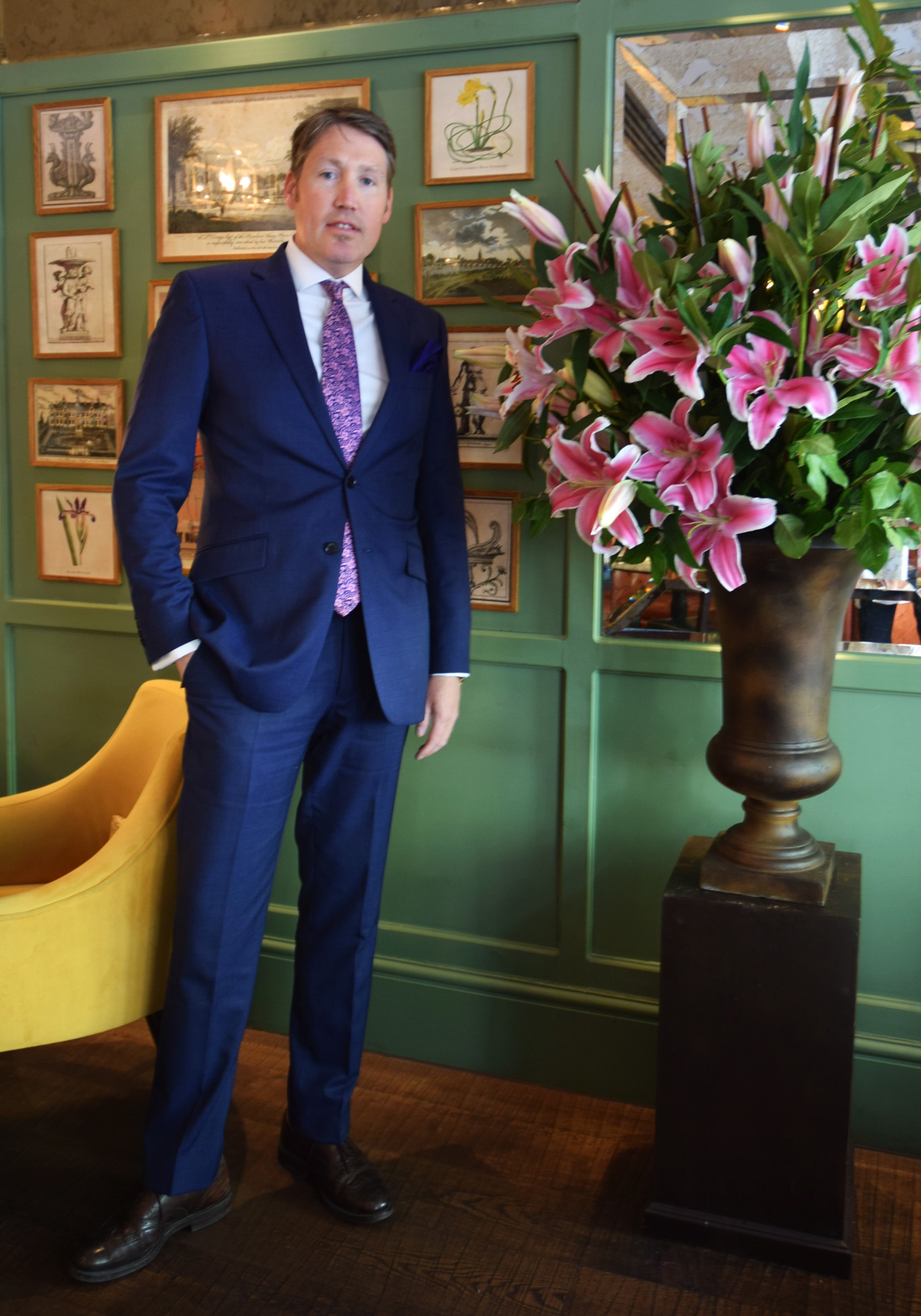 Who: Edward Bodenham, perfumery director at Floris. Edward’s family business is perfume. The Floris fragrance line was started in 1730 and Edward is the ninth generation to be involved in the company. He started visiting the Jermyn Street store when he was around five years old and his first job was helping out during school holidays, under the watchful eye of his grandfather. Many of the fragrances from that time are still in the range and Edward describes them as ‘old friends’. We meet at the launch of the new Chypress fragrance and to celebrate the first refurbishment of the Jermyn Street store in 100 years.

Today I’m Wearing a combination, I’ve put Elite on first, but I’m also wearing Chypress on my hand, so I can keep reminding myself of it throughout the day. Chypress is a fragrance that I like very much because I love orange flower and neroli notes and its one of the main characters of the fragrance. I’m a huge fan of musk in a fragrance and here those musky notes give depth and warmth and come a little later on in the evolution, finishing with the patchouli base. There’s something very comforting about this fragrance for me, it’s one you keep wanting to smell.

Chypress is definitely a modern chypre, it’s well balanced, but there is a touch of sweetness to it too. We were very careful not to make it too sweet, there’s a touch of vanilla but we kept it elegant and sophisticated. It’s got some fruity notes in there as well, mainly from the osmanthus, but again that’s very restricted, just enough to give a warmth without making it too fruity. It’s very much about getting the balance right.

My first Floris fragrance was Elite, my grandfather used to wear it and it’s the first fragrance I remember having. At school – it was a boarding school – I had the talcum powder and the all the bath products and I remember the other boys at school used to laugh at me for having all the kit.

I’m so fortunate that I have fragrance round me all the time. I spray it on my neck and I spray the fragrance onto my handkerchief, for my top pocket, which is a ritual that my grandfather used to do. Sometimes I’ll do a cloud of fragrance and walk through it so it settles on my clothing.

I don’t combine fragrances very much but when customers tell me they’ve combined something and it worked well, I’ll seek it out. And looking back through our formula books a lot of fragrances have used an existing fragrance that’s been put in as a component.

The fragrances we have are like old friends for me, I’ll smell them and it’ll remind me of going to my grandmother’s. Or I’ll kiss the heads of my children and smell the Floris Shampoo they’ve used- it’s a big part of my life.

I definitely remember the way a place smells if I visit, my kids are the same, they come back with very specific comments on how somewhere smelled. I find it really fascinating visiting a new country when you get exposed to smells you’ve never experienced before, even ones that we conventionally think of as not nice smells.

My guilty secret smell is petrol, I love the smell of petrol in the air, not too close or on your hands because it’s too harsh but when it’s at a distance it’s great.

Chypress is launched in June.