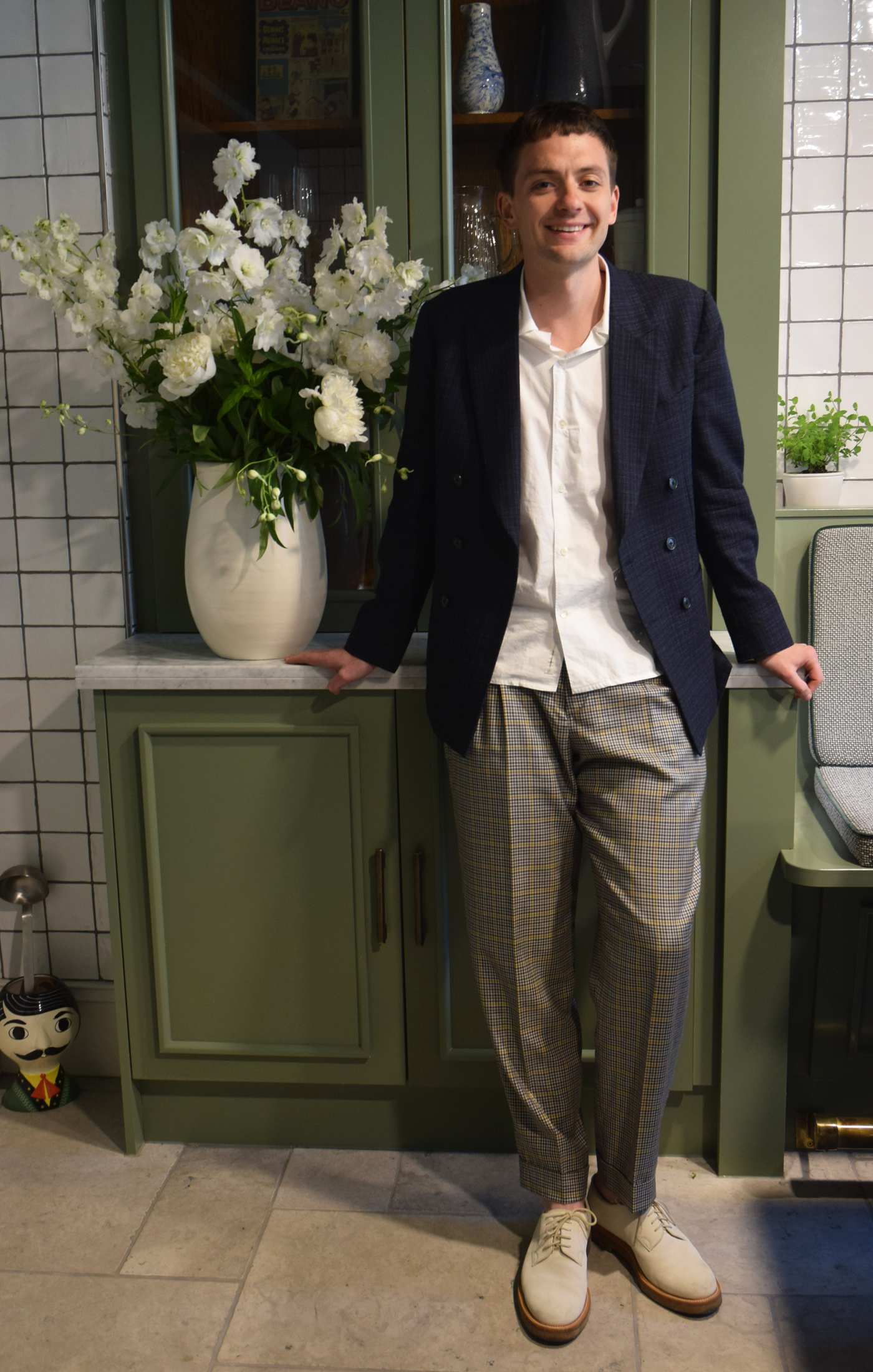 Who: Tom Daxon, founder and creative director of Tom Daxon fragrances. It’s possible that Tom’s future in fragrance was decided for him during his childhood. His mum was creative director of Molton Brown and absorbing the world of fragrance creation – in the lab, on field trips to Grasse and generally hanging around her workplace – became second nature. This has undoubtably given him an early advantage, he is fragrance-wise beyond his years and has a clear vision for his growing collection, which he creates alongside nose Jacques Chabert. And being a nice chap, has cannily given his mum a role in his growing company. We caught up with him at the launch of his latest fragrance.

Today I’m wearing Laconia, our new fragrance, a super fresh, high summer citrus based around my trip to Monemvasia in the Laconia area of Greece last year.

Because it’s a huge citrus hit, it’s really invigorating and energising. It’s also a lovely yellow colour, which puts me in a good mood and makes me smile.

The top notes consists of lemon, orange, yellow mandarin and bergamot, but they’re quite rounded as citrus notes. The characteristics of each comes out but hopefully we’ve produced a citrus top note that’s not too sharp or one dimensional.

Part of the beauty of wearing Laconia is its progression. Obviously, citrus notes are super volatile so we’ve layered-in lots of other citrus-like ingredients such as ginger, cardamom, litsea cubeba and then green notes such as spearmint, violet leaf and finally vetiver for the dry down. It’s quite a journey from the citrus it starts as.

Although there are lots of notes, they’re all very sympathetic, so to me it’s not a cerebral fragrance, it’s got a feel good trait, I think thats what a high summer should be about.

The reason I got into fragrance was through my mum, so I grew up around perfume. Although, being into fragrance and having your own fragrance brand are two entirely different things.

My mum’s car was ridiculously strongly scented because she made candles as well as fragrance and she used to leave the candles in the car, where they’d melt and drip into the fabric upholstery. We always had a very fragrant car.

I always thought what my mum did was really cool but when you’re like a 12 year old boy, you’re not really into it. I did history and politics at university, such a tight link there with fragrance! But pre uni I hadn’t given a thought to what I was going to do. Now of course, it meshes together in a really neat story, but it’s not unusual that kids end up in the same area as their parents.

We do shower gels and body lotions so I always use them in the shower, it’s a great way to experience the product and it feels a real treat. The fragrance doesn’t project in quite the same way but its really nice close to the skin.

Petrol is a massive guilty pleasure. I feel like I shouldn’t like it but I love it. Weirdly it doesn’t transfer across to kerosene which I find disgusting, even though it’s from the same family.