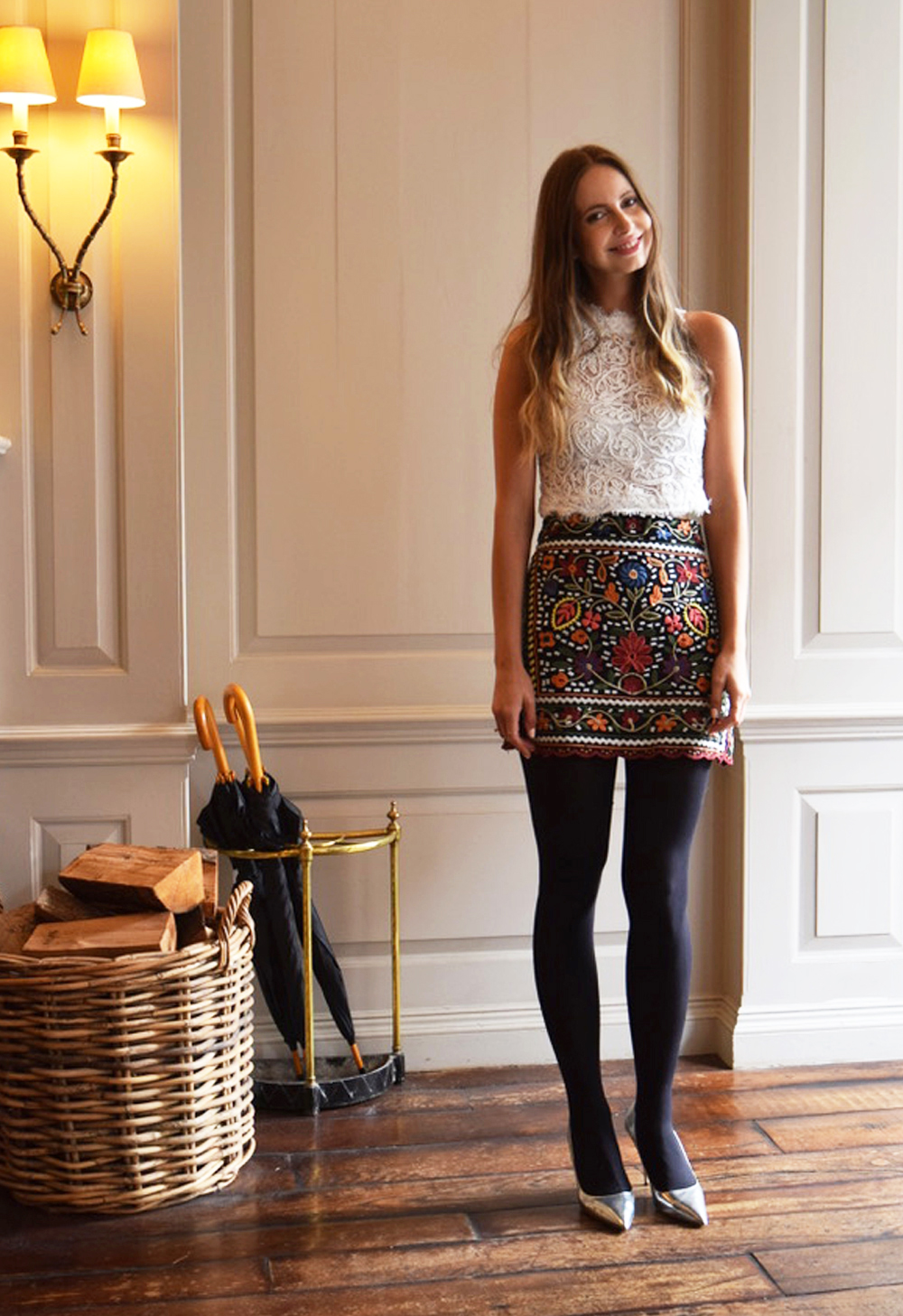 Who: Christiane Stenger, memory athlete. Born and raised in Munich, Christiane was five times the junior World Memory Champion and the youngest ever holder of the World Memory Grandmaster title at the age of eleven. She retired from competition in 2004. Now she works as a speaker on memory and is the author of four books which help people learn about memory and how the brain works and is a successful TV presenter in Germany. She was invited by the Perfumer Geza Schoen to work on the on the creation of Volume 1, Intelligence & Fantasy by The Beautiful Mind Series, together they translated her interesting thought patterns into a compelling contemporary fragrance.

I know this fragrance so well, it makes me very happy when I wear it. Maybe because of the refreshingly light notes in it, the mandarin and bergamot, I get an uplift in my mood the moment I spray it. I have a picture for the fragrance in my mind when I smell it, it’s an image of many tiny, sparkling suns, little fluffy golden balls that twinkle and shine. Every time I smell it this picture comes to my mind and it lifts my mood.
Such an immediate picture doesn’t happen with every perfume I smell, just really the special ones.

You smell and use your nose the whole day, so unconsciously smell can boost your mood, either lifting you up or down. When I was asked to create a fragrance with Geza, I recognised how little we acknowledge our nose and our sense of smell. Over the last few decades we’ve forgotten about this sense, which is extraordinary because it has such an impact on our emotion,- who you smell, how those you love smell, what happens to our emotions if you don’t smell them any more. It’s a huge, smelly world and we don’t pay enough attention to this sense.

The memory concept I use is a very old Greek technique, they would use it to memorise their speeches by heart. You can set up a memory route anywhere, the easiest one is your body route, it starts with your feet – the first point, the second point is your knees, the third is your trouser pocket, number four your back, number five the belly, number six the breast and finally number seven the shoulders. You remember there are seven points by imagining the seven dwarfs sitting on your shoulders…It’s about your childish imagination.

Once you have a route, then you put what you need to memorise on that route in the form of memory images. So, if you want to go shopping for example, you might first want to buy tomatoes, so you might imagine how an animated tomato is jumping on your shoe and is happy to go shopping with you. Then you want to buy a cucumber, so you turn it into a wellness routine – maybe you’ve been using cucumber in a calming beauty product – and visually wrap a lot of cucumber round your knee. Then maybe you need bread, so you might picture a bit of bread in your trouser pocket so you don’t get hungry, then you visualise milk as a milk tattoo on your back because you love milk so much, and so on! Then when you try to go back through it, you will remember it all. The bigger and crazier the pictures the easier they are to remember. The technique works with five, twenty or even a hundred, it’s all about imagining the pictures.

The pictures stay 100% for the first day, then the next day you’ll forget two out of ten, because learning needs repetition to make it stay, so anything you want to keep in your brain needs regular repetition. Eventually you will find the route moves from your short term memory to your long term memory and you don’t need the memory route any more.

Smell is strongly linked to memory, we all know when we smell something, sometimes a memory pops up that we had forgotten about. So scent can be a key to your forgotten memories. Sometimes when we meet a person on the street we get the perfume of an ex-boyfriend or girlfriend on our nose, not only do we get the picture, but also the feelings we had for a short while, the love and emotion. You remember the person you were when you were in love too. That is the key, the scent, it makes it so special, sometimes a song can do it, but scent is so directly connected to your emotions

When I was learning the memory technique, my trainer always said ‘use all your senses’. Its much better to build pictures with smells too. The bigger you make the pictures of the items you want to memorise, the more areas of your brain are activated so the ability to find the information again is much bigger because the cluster is bigger in your brain.

I don’t like ugly smells, Geza made me smell something that smells like cats pee, but when it goes into fragrance, it’s beautiful.