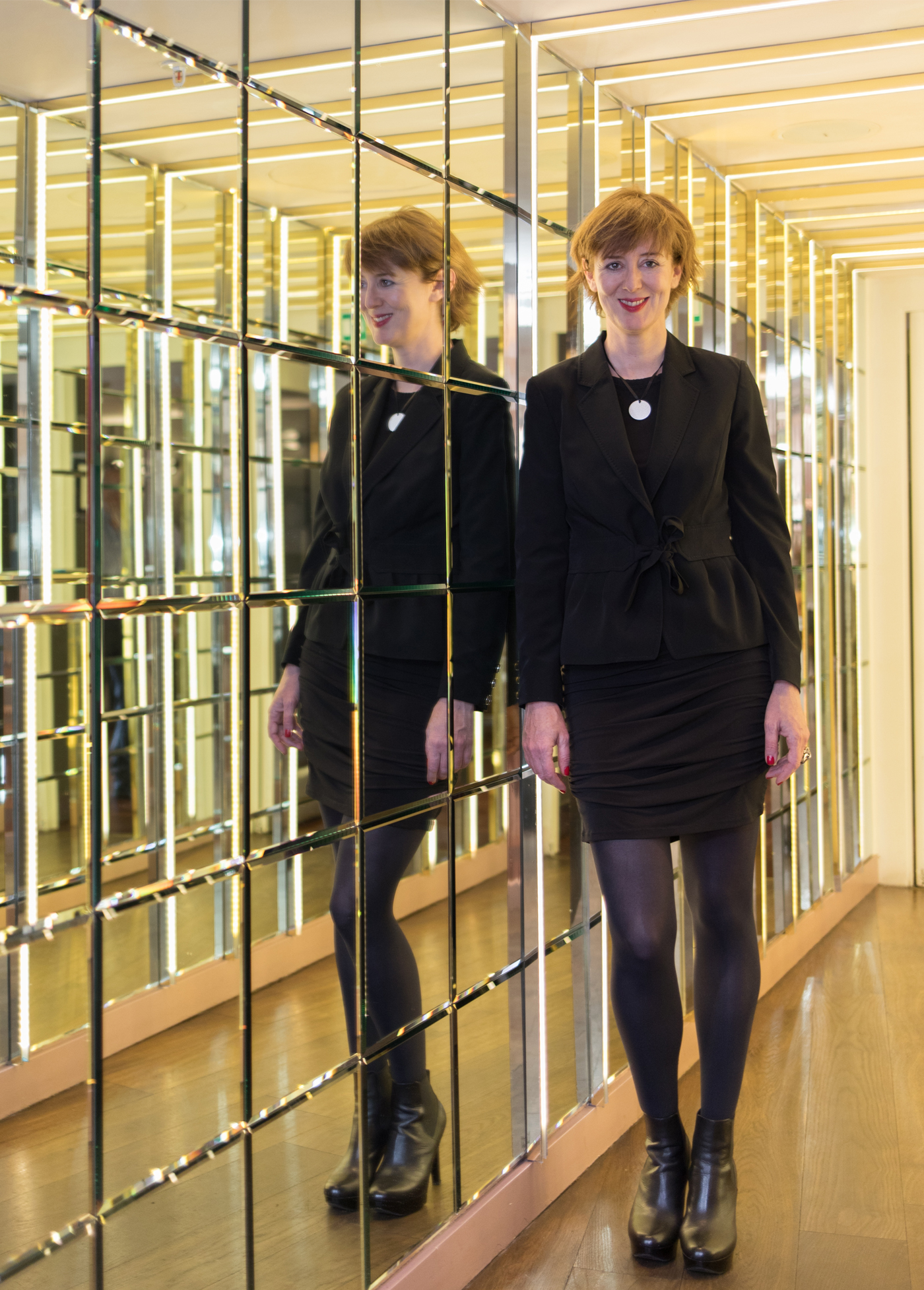 Who: Olivia Bransbourg, the French born, US based co founder of Sous le Manteau. Olivia has loved fragrance since the age of five and worked previously in the fragrance and media world doing creative collaborations with artists before starting Sous Le Manteau in 2016. She was destined to be a surgeon, like her father and grand-father, but her curiosity with the arts and in particular the sense of smell, saw things turn out differently. The brand is drenched in dark, covert romance, with its intellectual anchor in ancient recipes that sets it apart from the usual scented stories about love. We’re huge fans and caught up with Olivia recently to find out more.

I started today wearing wearing Poudre Impériale, but as I became more awake I moved on to Vapeurs Diablotines, both by Sous le Manteau. For me, fragrance is the very essence of being.

Poudre Impériale makes me feel serene and calm, very peaceful and more ready for the day. It’s a little like invisible armour, It’s not that I am going into battle, but it helps me cope with the beginning of the day. There is something religious-like in this perfume that makes me feel serene.

Vapeurs Diablotines is for when you are ready to move one step further into the day, it’s not about being aggressive, more about being persuasive. You have to feel happy with yourself because, like the game of seduction, you have to be confident in yourself to be assertive.

Sous le Manteau started when I found a really fascinating book in a Paris flea market. It was a pharmacology book of medicinal recipes, some of which were love potions. After hearing so many perfume companies talk about perfume and seduction, I was interested to know about when it all started, what were the original recipes? So I started reading into it.

I discovered some beautiful stories. For example, at the end of the 8th Century, Charles the Great of Charlemagne did an imperial edit of 92 herbs and plants that had to be cultivated in the empire. He asked all monasteries to grow them in their gardens, to be ready to cure people, as that was the way healing happened back then. The records of the recipes were all kept by religious orders and handed down through time.

Some plants were known for their aphrodisiac virtues as well as some for anaphrodisiac ones (the opposite of aphrodisiac), and you have different records of this in different countries.

I found it all fascinating and was curious to try the recipes out. At that point I had no interest in creating new love potions, I just wanted to recreate the original ones and stay true to history. So I invited the perfumer Nathalie Feisthauer, who had just gone independent, to create them to be as true to the originals as possible. This was in summer 2016, we had five recipes that I’d photographed, I asked her to initially replicate them exactly based on the proportions.

The results were astonishing, we thought they would be too strong but when we allowed people to try them they loved the intensity. Nathalie reworked them trying to be as faithful as possible while adding a modern twist. The original potions were designed to be drunk, eaten or applied to the skin. Of course, we couldn’t stick to the original formula to sell them because of IFRA regulations on ingredients and also I wanted Nathalie to create something more relevant for lovers of the 21st century.

Later, I was approached by some artist friends of mine in Paris who invited me to participate in the Nuit Blanche, an artistic event that goes from dusk to dawn, The theme was Love Encounters, so we came up with a project for the Passerelle Debilly footbridge, with the idea to repair broken hearts. We asked people to complete a short questionnaire, which we then showed to Nathalie, who allocated a suitable perfume to help ‘heal’ their broken heart. We allowed visitors to test the original recipes too, I was a bit worried that they would be too strong but in fact people loved them. By the end of the night, we had people embracing each other, smelling each other and even falling in love, so that gave us the confidence to move forward with the five scents.

I never leave the house without perfume. Maybe because my grandmother was so much into it, it’s become very important for me, and I find myself often crying when I talk about it! I find it very emotional.

I rub perfume onto my wrists, which is something perfumers tell you not to do, but I love the sensuality of the act.

I don’t scent my house, instead I open the windows day and night. I have a lot of fresh eucalyptus, fresh herbs and plants around the house but never perfumes, definitely no scented candles. When I go to friends I often move their candles out of the way, I find it disturbing and I hate going into hotels that are scented, it’s overwhelming.

My favourite smells depend on the time of the day, at 5.00 pm I crave the smell of lapsang souchong tea, smelling something earthy, grass, the dirt, I love that.