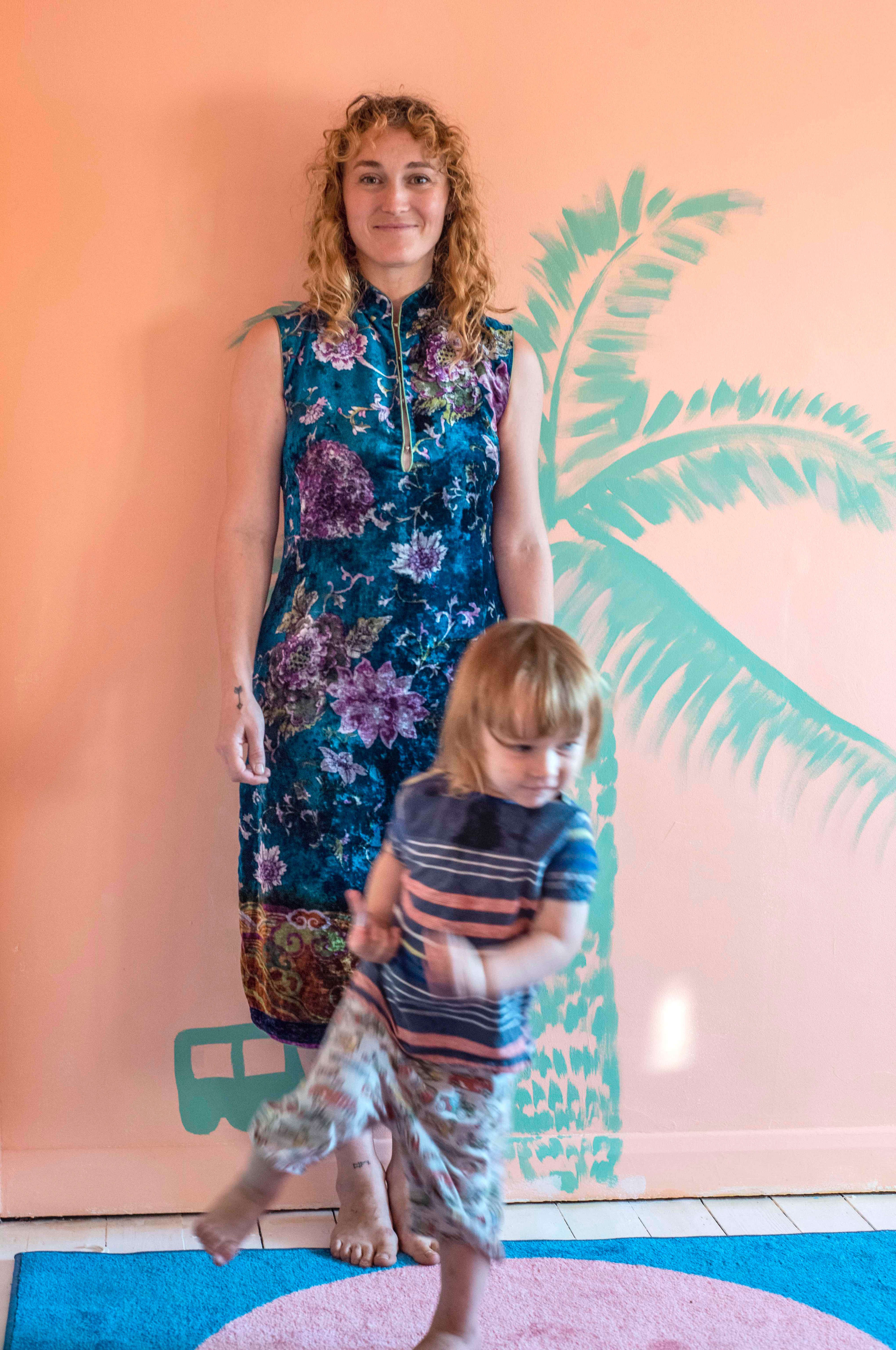 Who: Annie Mackin, painter. Artist Annie Mackin lives and works in Hastings, where she creates beautiful works from her home studio, conveniently situated in the basement of her house, so she can paint during rare quiet moments looking after her two year old son. She currently has an exhibition, Through Smoke, on at the adventurous 35 North Gallery in Brighton, where she has used fragrance both within the art work, and also with the presentation of the paintings, for a poly-sensory art experience.

Excitingly, Annie asked We Wear Perfume to help her chose the scent for the exhibition, together with Sharon Whiting from 35 North Gallery, who commissioned the show. We’re seeing an increasing number of art and fragrance collaborations, so it was thrilling to be involved with a real life one. We caught up with Annie to discover how scent affects her art.

Today I’m wearing Histoires de Parfums 1876. I’m wearing this scent mostly because I made an art show about it and I’ve ended up loving it! It’s from the chypre family and it makes me feel romantic, energetic and powerful when I wear it.

For me the scent is less about the individual notes it’s made of and more about the atmosphere it conjures up. When I smelled chypre scents for the first time I was inspired to create watercolour pieces that responded to the aroma, I wanted to create work that was kind of bright and earthy at the same time.

I responded differently to the fragrance in each painting, seeing how it connected to the energy of the paints I was using. So sometimes it would be very processed based and sometimes I was working with movement to create the patterns and colours on the paper, based on the scent. It was a response to the feeling I got when I was wearing the perfume, seeing certain colours, feeling the energy.

I would spray the canvas first with fragrance, or spray it afterwards and see the different affects it created. Mainly it was liquid splashing in different patterns. When I added scent to the inks and paints, I didn’t have to change my process too much as they blended in very easily to the watercolours.

To create a multi sensory exhibition I scented the room with Histoires de Parfums 1876 too, so as a visitor you are completely immersed in the scent as well as looking at it in the paintings. We used a gentle scent diffuser and sprayed the fragrance directly into the diffuser’s water tank, and top it up once a day.

I’ve had a lot of interesting responses, one person took the scrunchy out of her hair and put it close to the diffuser to catch the scent. It’s not been overpowering, everyone has really enjoyed the smell, which is what I wanted, a subtle diffusion.

As part of my research I read a perfume book on the chypre fragrance family, which features a lot of grounding mossy notes, and about Aphrodite sleeping on a bed of moss in Cyprus, where she was born. I thought it was quite a romantic idea and wanted to extend that romantic feeling into the watercolours.

I’ve made work about magical history previously, and I’ve been fascinated by paganism for years. Then during lockdown I created a lot of work around goddesses, including goddesses of the home, goddesses of motherhood and pagan goddesses, alongside works featuring Aphrodite, It all kind of looped back into that early thought process, even though the final works were more figurative paintings, it still fed back to that original idea of romance and being grounded, which I really liked.

Being at home during during Covid with a new baby, I had contradictory feelings, I was inspired by the anchoring comfort of being at home, but also there was a feeling of being trapped, so I wanted to create work that was inspired by that situation. And it was quite reassuring to focus on things that were reverential to the home.

During lockdown I would always use perfume before heading out of the house, it helped to stop me being so anxious. Even if it was just taking my son to the playground, a quick spritz made me feel ready to go out and face the world, even though it felt a bit scary. It felt important to me, although I’m a bit regretful of it now as I’ve used up all my good scent just going to the playground! I wore Ginsberg Is God by Bella Freud. Burning candles at home in the evening also felt grounding and comfortingly ritualistic, I used it as a cleansing ritual too, with a baby and a dog around it helped to keep things smelling good.

I’ve made sage brushes before to burn as a smudge stick and I also use Paolo Santo, although in the UK, we should describe it as reeking, as its our own ancient version of the same ritual, you can use lavender and sage grown in your own garden rather than shipping things accross the world. Now I try and stick to local ingredients for reeking.

I spray fragrance on my neck and my hair, I keep it simple. I don’t change my scent too much because of keeping my smell consistent for my son, I think its quite important for him and for me. Most of my scent collection smells similar anyway, if I change it up too much I notice it through the day, sometimes I want it to be more subtle, if I notice it too much I find it a bit distracting.

I never really got that new born baby smell from the baby, I always thought he just smelled like me. He’s got his first scented bubble bath, Zog the Dragon bubble bath, which is dragon fruit and orange scented. He loves it. As long as it doesn’t react on his skin, I don’t mind.

Annie Mackin’s Through Smoke is on at 35 North Gallery until 25th September. Check website for details. 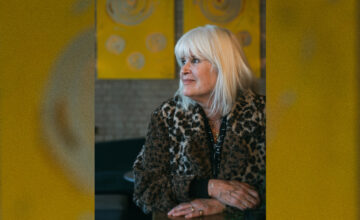 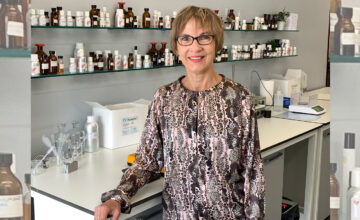 The Long Read: exhilaration in a bottle, the mood busting power of citrus
Read More