Today I’m Wearing : Portrait of A Lady by Frederic Malle 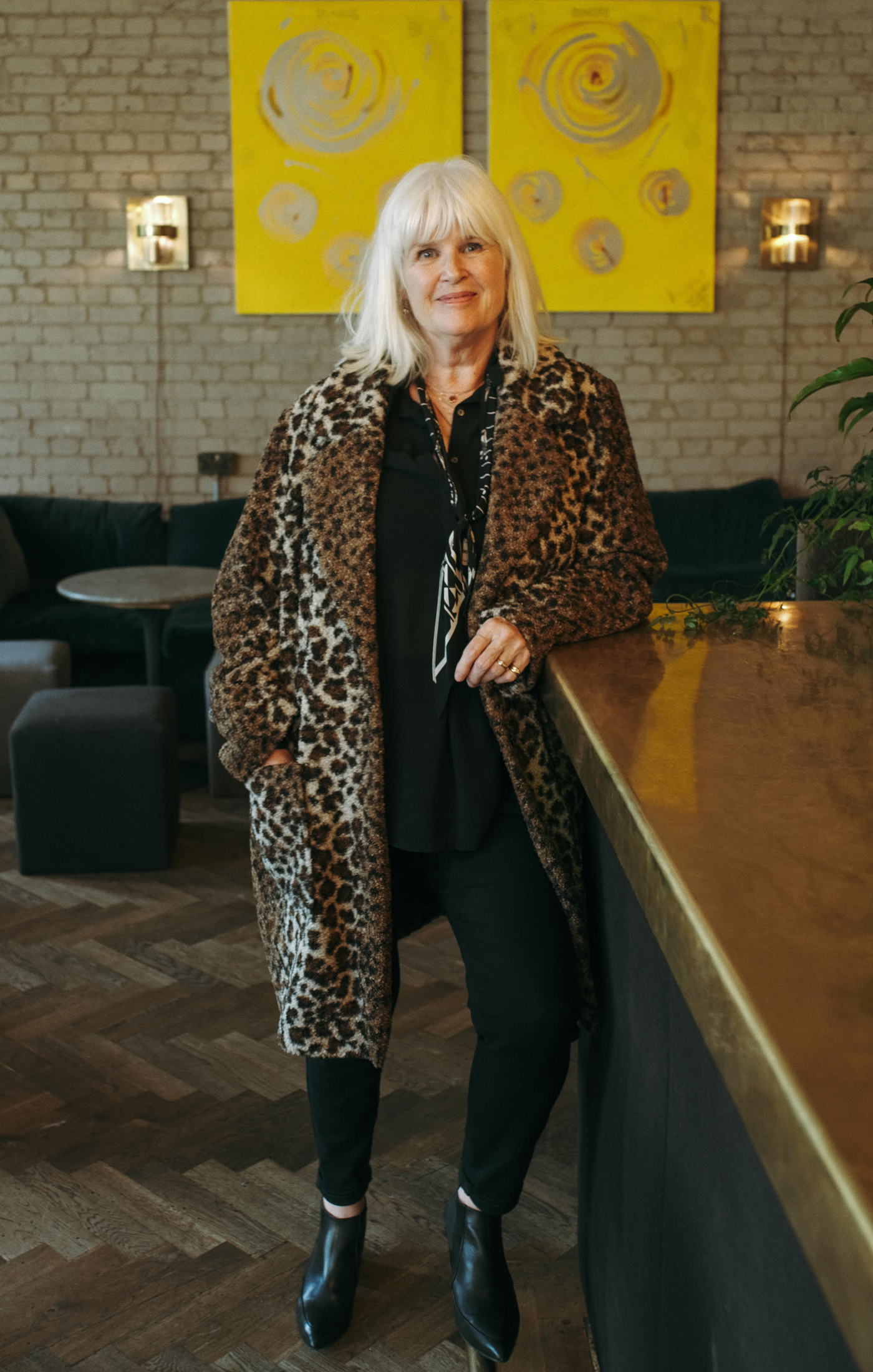 Who: Kristi Kimsey, singer songwriter, artist liason and co founder of Undercover Music. Kristi has lived her life immersed in music, starting as a singer songwriter in the 60s and 70s, then as right hand woman to her husband, legendary record producer and engineer Chris Kimsey, throughout the 80s and 90s. She stepped back from her own career to both assist Chris and be a full time mum to her two children, but now, after a lockdown discovery of what she thought were long lost cassette recordings, has released As I Look Back, her first album.

Kristi is a great example of why we should never give up on what we love in life, regardless of age or situation. As we are all expected to live longer, those goals we had in our youth are often still attainable so we should never give up on them. And when we get there we’ll have better stories to tell, although not many of us will have had a Rolling Stone introduce us to an 80s classic perfume…

Today I’m wearing Portrait of a Lady, it makes me feel like a woman and very grown up, which is unusual for me! It’s quite sensual and stimulating as well.

It smells richly musky and florally, with lots and lots of layers. I really enjoying wearing it for myself, because normally you get used to how your fragrance smells, but this surprises me, I’ll suddenly get a waft of another layer as it develops through the day.

Fragrance is very important to me, I grew up in Minnesota, by a beautiful lake surrounded by forest and woodland and we never came inside if we didn’t have to. So my earliest smell memories were really all about earthy, outdoorsy, quite clean smells and they’ve continued to be important to me.

I think growing up with such an outdoorsy childhood really has influenced the smells that I like.  When I was younger I was a bit of a tomboy, I loved the smell of Castile soap, that kind of simple, clean smell, it was the 60s, so we were all about organic, hippy lifestyles.

As I’ve grown up I’ve enjoyed more sophisticated smells. What really made me start to appreciate the art of fragrance itself was when I was working in Paris and began to understand about fashion and designers. When I met my husband Chris, who is a record producer and engineer, he was recording Some Girls in Paris with the Rolling Stones, and it was lovely Charlie Watts, who always smelled gorgeous, who introduced me to Opium by Yves Saint Laurent.

So that was a really important moment in my fragrance life! I was surrounded by all these supermodel girlfriends of the bands Chris was working with and they’d invite me along to fashion shows, where I’d be in awe of the clothes. I started to wear Chanel No.5 and I loved that, it actually smells really great on me. So that’s when I really started appreciating perfume. I felt it was a properly grown up thing to do.

I think you get inspired by your environment as a song writer, its a combination of things that gives you that burst of creative flow. Certainly the smell of where you are at the time you are writing is very important. I can remember where I was when I wrote certain songs, I wrote a lot in Mexico and South America when I was living over there, where I was by water, so the smells and sounds of the ocean and the sea really influenced me.

I cried when I found all the master recordings of my songs. I thought I’d lost the cassettes, but we found them while clearing out things in lockdown. Chris took them and because he’s such a musical whizz he digitalised them all, so I had all the tools I needed to turn them into an album. The songs were recorded in the late 70s, hearing them again I found them so evocative, they really capture a moment in time.

As women we often have lots of roles to play, we have children and families and for a long time I didn’t pursue music. Although the reaction from friends and the industry has been incredible, I really did this for me. It’s about giving our own selves joy and happiness. There was no expectation, but it has been a lovely reaction, particularly from my daughter and her friends, who are happy to see older women embracing themselves and taking opportunities to grow and keep moving forward at whatever stage of life.

I had to get permission to release Let’s Go Steady, which I sang with Keith Richards. Keith knew I was a singer because when Chris was recording Some Girls in Paris, I was doing a disco album in the next studio, so The Rolling Stones would come over and listen, Mick would wiggle his hips because he loves to dance and Keith and Ronnie were really positive about it, even though disco wasn’t really their cup of tea.

Then we were in Nassau in the Bahamas, working on Emotional Rescue, and Keith asked to sing with me, so I went into the studio, we ran through Let’s Go Steady a couple of times and recorded it in just one take. It’s been available as a bootleg, so many of their recordings escaped from the studio and got bootlegged, so when I was putting the album together I thought, since the song was already out there, I’d ask Keith if he would be ok with me releasing it. He’s not sung many duets so it was quite special and he said “yes, absolutely!”

Fragrance is actually quite difficult in a recording studio because its such a closed small space. You’ve got a group of people squished in for hours, so you do have to be careful with strong smells. Sometimes incense is nice, because it makes the room smell good but then you can put it out, so it’s more lingering.

I do love to scent my home. Chris and I love a fat chubby scented candle, particularly the Cornish brand Saint Eval, their candles are our favourite, they have really rich smells.

Incense is a thread throughout my whole life. We use Dragon’s Blood and also Nag Champa. Living in Mexico with all the incense burning in churches and growing up in the 60s, incense was always burning somewhere!

I use fragrance in my routine with a scented body lotion, because I like to moisturise my skin. I tend to go for spa scents like Kiehls or Neals Yard. I love citrus or anything orangey, and lavender or rosemary.

That funky, watery, swampy smell that came off the algae on lake in the humidity of summer always makes me feel like I’m where I belong, I’m back being a little kid in my boat, tootling around on my own with all the lake scents surrounding me.

Kristi’s album is available now on Undercover Music, you can listen to it here.