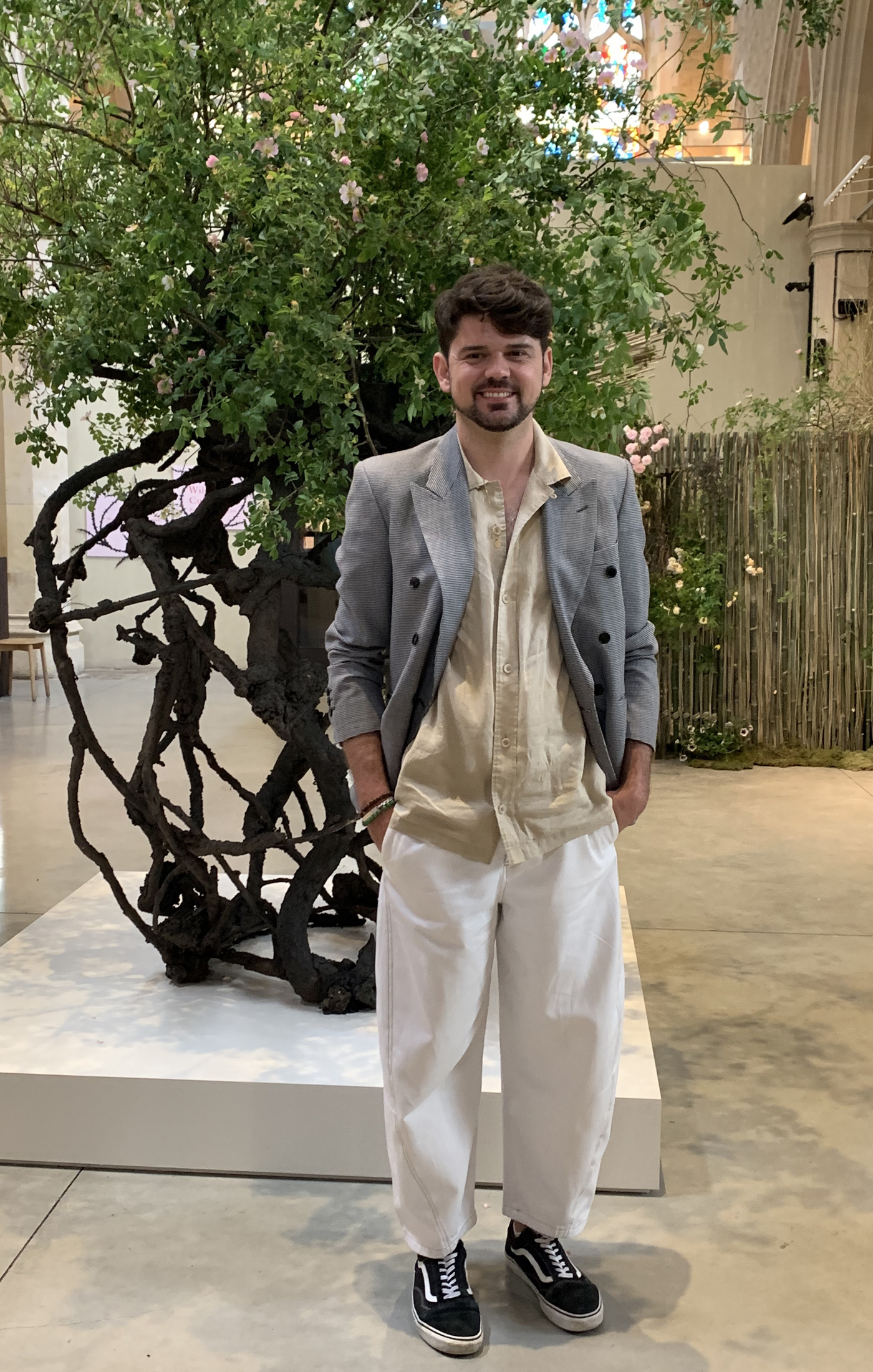 Who: Wagner Kreusch. Wagner is a Brazilian born, London based florist who recently created an exceptional floral installation at The Garden Museum to celebrate British Flowers Week. Wagner told us he finds it difficult to define his floristry style, in fact he almost rallies against being labelled, although he credits Japanese ikebana as a big influence, along with his Brazilian background ( ‘There’s always a little drama in my work’) and his mother, who was also a florist.

He had no intention of continuing the family tradition however, and trained as a graphic designer before coming to London ten years ago, to try something different that didn’t involve sitting at a computer all day. After a watershed moment passing a flower kiosk in Liverpool Street Station, where he worked for a trial month, he realised he could express his graphic design ideas through flowers, and so gave into the idea. He started training at the renowned Sogetsu School of Ikebana, then moved to McQueens Flowers, where he worked for many years on high end accounts, including Claridges Hotel, finally leaving to co found The London Flower School, and now has his own floristry studio Wagner Kreusch Flowers. We had a chat about scent while we were standing next to his beautiful floral installation.

Today I’m wearing Loewe Pour Homme by Loewe. I always like Loewe fragrances, they feel quite natural to me. I don’t like to have anything that I can smell too much around me because it gives me a headache. With this Loewe, somehow I don’t I feel the scent when I’m wearing it, so that works well for me.

I found the scent years ago when I did a photo shoot around the Loewe fragrances. I worked for them again, a couple of times in fact, so I got to know the brand and then I think it seemed natural to try the fragrance and once I tried it, that was that. I’ve been wearing it now for ages, for the last five years maybe. I don’t know how to describe it, it’s just very earthy and somehow very natural.

I’m not really a perfume person, but this makes me feel good every time I wear it, it feels like something special when I put it on. I’m always working with so much scent from the flowers all around me so I like my perfumes to almost disappear. I don’t feel this scent when I’m wearing it so that’s fine. This one makes me feel good, makes me feel empowered.

One of the most beautiful things in floristry is receiving the flowers in the morning and handling them – because you need to condition them before you work with them – I mean, the scent is so beautiful.

One thing most people don’t understand about floristry is this deep, everyday contact with nature. Handling flowers and foliage every day you get to smell the different scents that come from every bit of the botanical, it’s crazy. Like when you cut the stem of a rose and how that smells and how its so different from the way the flower smells, or the leaves. And then the difference between the leaves when they are fresh and when they dry out. So that, for me is fascinating. I love that.

I normally put fragrance on my neck, I always feel like I’m putting too much on!

I do scent my home sometimes. When I’m in Brazil my mom does that for me, she’s always putting candles and stuff around. I have I have a couple of the Loewe candles as well. I really like this new collection. They have something that smells just like tomatoes, it’s called Tomato Leaves. But, I haven’t spent much time at home this year because it’s been so crazy.

For the Garden Museum installation, an idea of a sculptural vase came to my mind first. And then I was like, oh, what I’m going to use on top of this? I wanted to use something very British, the rose felt the most symbolic, but I also didn’t want it to look very flowery because my work is a bit more minimalistic.

It all kind of came together just through the process of making although this took a village to construct because there was so many people involved in the process. I wanted it all to be sourced locally, so I collected the twisted tree branches from the woodland close to my house for the vase section and covered them in mud I gathered from the river bank. I did many tests with different muds, a ceramicist helped me to pick one that was strong enough to hold it all together. And then the platform had to be built to hold it all up.

And then the rose bush went on top. The challenge was how to keep this rose alive? So there is a shallow bucket inside the top of the vase full of water. 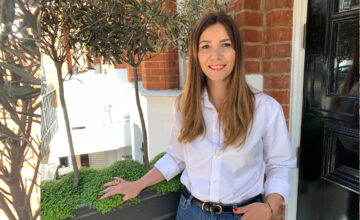 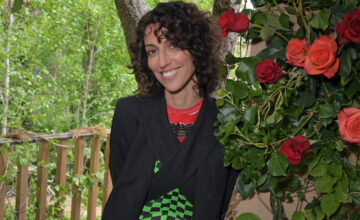 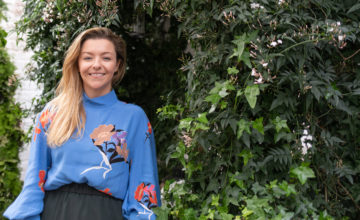