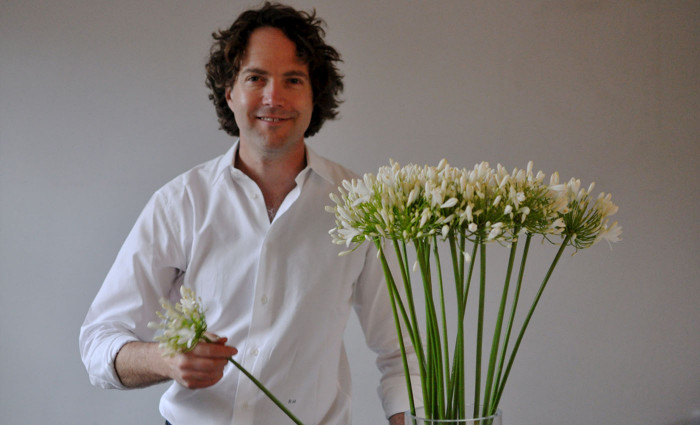 Who: Robbie Honey, Florist. Robbie is the florist du jour for many starry fashion brands, including Hermes, Dior and Armani, to name just a few. His beautifully elegant displays and gentle demeanour have made him an in-demand florist, writer and lecturer all over the globe. We are addicted to his delightful Instagram feed and he has just launched a range of scented candles. We caught up with him at his Chelsea studio to learn more about his scent story.

I was born in Zimbabwe and my first fragrance memories were garden related. I grew up outdoors, playing in the mountains and in the bush and it really shaped me. We had acres of hydrangeas and once a year they were given the most enormous pruning right down the to ground. I remember sitting amongst them building forts out of the stems, which have a particularly green scent. And then the scent of wisteria, which is my favourite smell…

There’s a particular tree in the Zimbabwe valley called the trichelia emeticai, a type of mahogany tree that grows on the banks of the Zambezi River, It blooms in the hot arid months of the year with rather insignificant tiny green flowers, which although rather drab have the most delicious lemony Jasmine scent – being in the bush and being suddenly enveloped by the unexpected perfume of the flowers mixed with smell of dry dust and elephant dung is a delight! 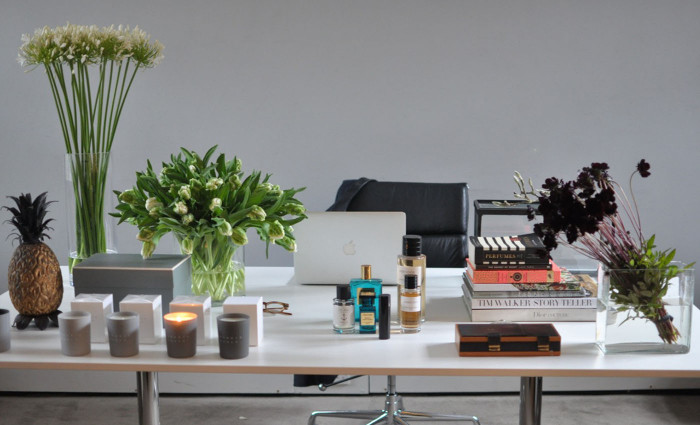 I was fascinated from a young age with scent and I couldn’t say perfume, I pronounced it ‘parfum’, which was very pretentious. My paternal grandmother wore Carven’s Ma Griffe and my maternal one wore Jean Patou’s Joy. I can even remember my friends’ grandmother’s scent was Dior’s Diorissimo. I’d never seen lily of the valley, we can’t grow it in Zimbabwe, but I knew this was an amazing scent.

I was given my first real fragrance when I was 15, Chanel Pour Monsieur. My uncle had a very glamorous girlfriend who arrived on the scene in Harare and came bearing gifts, She was practically bathed in Chanel’s Coco, so where ever she went she left this wake of fragrance and she introduced me to a whole new level of what scent was about. So I went from a Drakkar Noir style teenager to Chanel and thought ‘wow!’

I wasn’t interested in school so I left when I was 16. Having grown up practically outside I knew I loved plants and flowers, although ‘florist’ wasn’t on the list of things to become in Zimbabwe. So I thought I’d become a farmer and studied horticulture in England and then worked in Holland in floroculture, where I realized I was more artist than scientist. I’m numerically dyslexic. I then went to Study Interior Design in Cape Town, which again involved a lot of maths and after that I headed to Art School and studied photography for a year.

A friend-of-a-friend, MIng Veevers Carter, had a florists, Veevers Carter Flowers, so at 23, I moved to London and started as a junior and couldn’t believe my luck that I was being paid to work with flowers. We did Kensington Palace, The Natural History Museum… amazing places. Ming trained at Pulbrook and Gould where she was only allowed to bash stems or sweep the floor for a year, but she chucked me in at the deep end and I did everything and I am grateful to her for that baptism by fire.

If I’m honest, I’m a plant man rather than a florist, my joy is the plants and I’m passionate about scented flowers. The two I plant when I move anywhere are night scented cestrum nocturnum, which is called queen of the night, and also ipomoea alba, called evening glory. At dusk the ipomoea flower buds unfurl and some evenings in Zimbabwe I would gather with friends and marvel at having a flower literally bloom before our eyes! Queen of the night literally knocks you over, it’s the most incredible scent.

Fragrance always plays a part when I’m designing flowers, I’m really focused on that with regards to wedding flowers, because scent is so intrinsic to wedding days. If I’m doing a hand held cascade for a wedding, I’ll wire in some little pips of tuberose. Lily of the valley bouquets are one of the loveliest for smell and obviously scented roses.

I did the flowers for when Dior launched La Collection Privée, in Selfridges, after which they gave me an engraved bottle of Ambre Nuit. I love it and wear it mostly in winter as it’s warm and enveloping.

Usually for the day, I wear Tom Ford’s Neroli Portofino, I have the splash version, which I put into an atomizer because it’s easier. Currently though, I love James Heeley’s Sel Marin. I’ve always been fascinated by that Sel Marin (salty, seaside) scent, I’ve encountered the perfect one in a bar of soap in Los Angeles, by the English brand Glichrest and Soames, I danced with that for about a year or two and then I found this lovely James Heeley one.

Diptyque Philosykos is unfailingly wonderful and delicious and it captures all elements of the fig tree, it’s masterful and I adore it. In my early twenties at art school in Cape Town, I met a woman on an airplane and we became friends. She gave me my first scented candle about a year later, it was Diptyque’s Figuier, I couldn’t believe that nature had been transferred into hot wax, it smelled just like a fig tree on a hot day in Cape Town…I said to myself, one day I want to do this.

For the candle collection, we worked on about 12 different scents, then we narrowed them down to four, Casa Blanca, Jasmine, Muguet des Bois (lily of the valley) and Tuberose. Casa Blanca is inspired by St Joseph lilies that grow in the eastern highlands of Zimbabwee, you climb up the mountain and you are surrounded by white trumpet lilies everywhere. We went with an oriental lily –the Casa Blanca.

When I was 18 working on a flower farm in Kenya, I did some travelling and ended up at Lake Turkana, on a little island called Lamu. We used to sit in the evenings on the dock, as the sun was setting and have a drink. As it got dark an old crone would appear out of an alleyway holding out these bunches of jasmine, all she would say was her name, ‘Mama jasmine! Mama jasmine!’ and for a few shillings you could buy a bunch which I would secret away under the mosquito netting at night and have a wonderful scented room. I would ask her if she grew it herself but all she’d say was ‘Mamma jasmine!’, it was wonderful.

We have been working on a fabulously resinous pine candle for next year, the scent it conjures up is the warm scent of stone pine trees on a scorching summer’s day. Along with this green scent, I am exploring other interesting botanicals for further candles scents.
​ 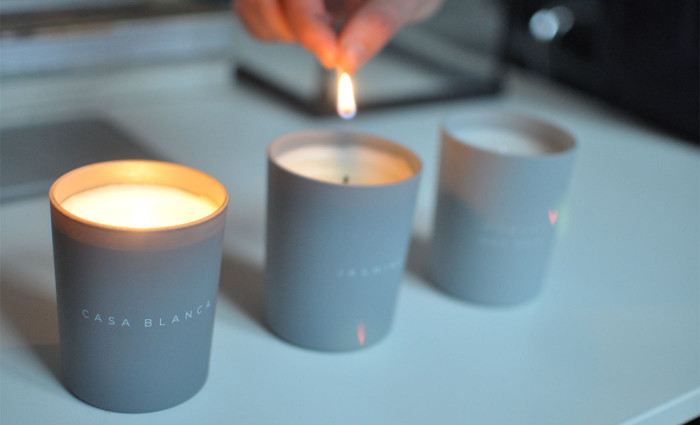